At an event marking 20th anniversary of Kargil war, PM Modi said that wars are fought by the entire country and not governments. 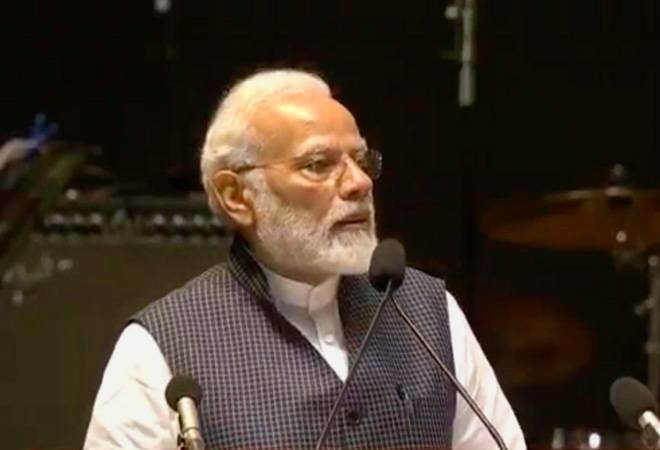 Sending out a clear message to Pakistan, Prime Minister Narendra Modi on Saturday said victory in the Kargil war was a symbol of India's might and its security will remain impregnable with dedication of the armed forces. Speaking at an event marking 20th anniversary of Kargil war, he said some countries were resorting to proxy war to spread terrorism and that time has come for united global efforts to deal with it.

"Kargil victory was symbol of India's might, determination and capability," Modi said, in presence of a large number of military personnel and ex-servicemen at the event here. "Wars are fought not by governments but by the whole country. Kargil victory still inspires the whole country...Kargil was victory of every Indians," he added.

Modi said Pakistan tried to redraw the boundaries in 1999 through the Kargil misadventure but the Indian security forces defeated its evil design.

"I had visited Kargil when war was at its peak. It was like pilgrimage to me," he said.

Modi said the nation's security has been impregnable and it will remain so.

On modernisation of the armed forces, the prime minister said time has come for ensuring jointness among the Army, the Navy and the Air Force. "Development is possible only if country is secure... We will not come under any pressure when it comes to national security," he said.

He said modernisation of defence forces was a key priority for his government.