There is some hope with the new merger partner DBS Bank. But the bad loan story is not over yet as many fear the skeletons would tumble out of the closets in the months to come 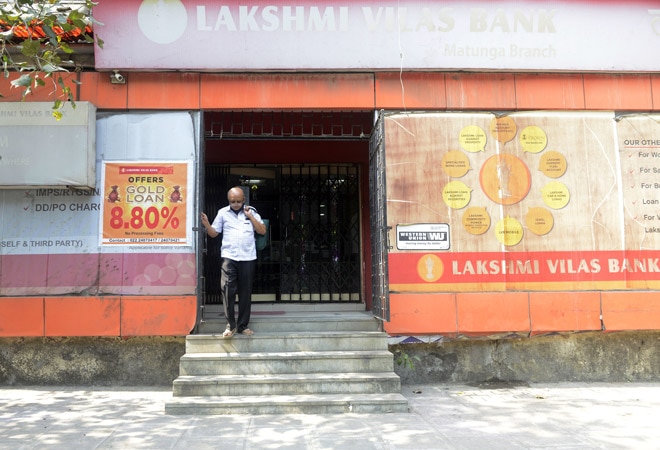 Two things stood out, over the last one decade, at 94-year-old private sector bank Lakshmi Vilas Bank. First, the board playing musical chair with the CEOs as the bank saw as many as five CEOs coming and going in every two to three years. Second, the unchecked corporate loans to mid-sized companies. A tiny bank, one sixtieth of the size of the largest private sector HDFC Bank, was neck deep in over a dozen sectors such as infrastructure, power, real estate, construction and textiles etc. It was the corporate loan book that led to the downfall of the bank. YES Bank failure was also because of the exposure to the risky sector and highly leveraged corporate.

By the end of the 2000s, the South-headquartered bank was under the leadership of V S Reddy, MD & CEO between October 2007 and January 2010. This was the period of high growth in the Indian economy. The big themes those days were the infrastructure, metals , construction and real estate. The bank also took bets in these sectors to grow the loan book. The corporate lending is always the easiest to do as you can easily build a large loan book in no time whereas retail is a struggle with low margins and intense competition. But what the bank board and the management didn't realise is with higher exposure to multiple sectors also comes the risk in a slowing economy or when the cycle turns for the worse. The bank did not bother as its NPAs were very low. Between March 2007 and March 2010, the bank's loan book almost doubled from Rs 3,612 crore  to Rs 6,277 crore.

In August 2010 , R R Somasundaram took over from Reddy , but he lasted for little over two years when he resigned in November 2012.  Somasundaram came with a very different experience having worked with multinational HUL and the foreign bank Standard Chartered. During his tenure, the economic environment was turning challenging gradually as global economy was on a downhill post the global financial crisis of 2008. Indian economy was not impacted initially, but the pressure was visible soon after as foreign capital vanished and stock market also tanked. But the bank, on the contrary, had stepped on to the growth pedal with loan book swelling from Rs 6,277 crore in March 2010 to Rs 11,702 crore in March 2013. The biggest piece was the infrastructure loans. The infra exposure jumped from Rs 588 crore in March 2010 to Rs 1,059 crore in March 2013. This was the single largest exposure to mid-sized infra companies. The bank also increased its exposure to pharma, NBFCs , food and beverages, metals trading, textiles, engineering and cement etc. This was the period when the public sector banks also lent aggressively to the corporate sector.

By March 2014, the bank had the new MD & CEO Rakesh Sharma. He also had the shortest possible tenure as he left by September 2015. The government appointed Sharma as the MD & CEO of the Canara Bank. The instability at the top continued in the bank with frequent CEO changes.

In January 2016, the bank appointed Parthasarathi Mukherjee, a former Axis Bank professional, as the new Managing Director and CEO. Mukherjee ran the ship for more than three years before quitting in August 2019. Under his leadership , the bank continued its journey of loan growth with loan book increasing from  Rs 16,352 crore in March 2015 to  Rs 25,768 crore in March 2018. While Mukherjee tried expanding the retail book including MSMEs, it was too late to diversify the business mix in a big way. The demonetisation of high-value currency notes  and the implementation of the GST broke the backbone of the bank as it was too dependent on the mid-size entrepreneurs and traders. The domestic economy post the two big events went on a downhill quarter after quarter. The bank also turned  cautious in taking bets in the MSMEs and SMEs because of the challenges in these business. The bank's loan book actually shrunk in March 2019 to Rs 20,103 crore. That was dangerous as the loan book or the denominator was shrinking while the NPAs were rising. The NPAs started to come from steel, infra, pharma and packaging. The bank's stock also tanked in the market and regulator also started monitoring the situation.

Take, for example, a loan of Rs 791 crore given to Malvinder and Shivinder Singh's RHC Holdings and its subsidiary in 2016 compounded the problems of the bank. The bank had extended the loan against the bank deposit of Religare Finance. When the loan turned bad, the bank quickly adjusted the deposit amount against the loan. Religare Finance had already filed a suit against the Bank.

The bank was also running low on NPA provisions. First, it completely failed to make an assessment of the likely bad loan problem. Secondly, the provision coverage ratio was too low. The bank possibly kept low provision as it had inadequate capital. In September 2019, the RBI had to put the bank under prompt corrective action (PCA) because of net losses, higher NPAs, lower capital and negative net worth. The losses increased from Rs 585 crore in 2017-18 to Rs 836 crore in 2019-20. The bank's gross NPAs have touched 25.39 per cent in 2019-20. As a PCA bank, there were restrictions to lend to some sectors. Two attempts to merge the bank with Indiabulls and Clix Group also didn't materialise. Now there is some hope with the new merger partner DBS Bank. But the bad loan story is not over yet as many fear the skeletons would tumble out of the closets in the months to come.