Lockdown 3.0: After UP, MP, other states relax labour laws to pump up industrial activity

States like MP, Rajasthan, Punjab, Himachal Pradesh and Gujarat have also followed suit by bringing changes in their respective labour laws to attract investments and revive industrial activity by unshackling companies from restrictions 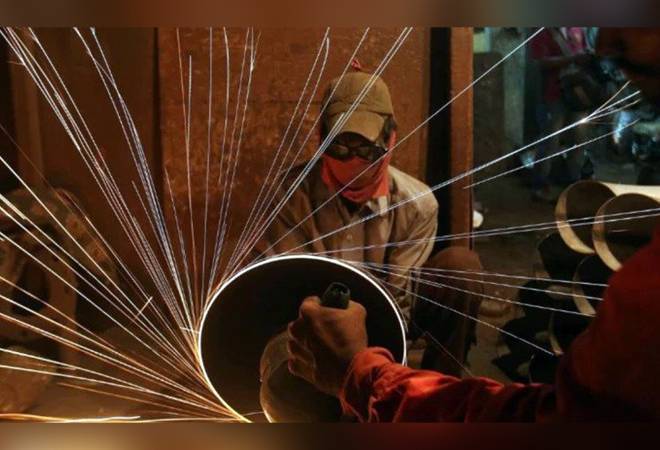 Taking the lead is the UP government, which has decided to keep all labour laws, except three, in abeyance for three years

As India restarts economic activity after over 40 days of nation-wide lockdown, many states are relaxing labour laws to make it easy for industries to get back on their feet. Taking the lead is the UP government, which has decided to keep all labour laws, except three, in abeyance for three years. States like MP, Rajasthan, Punjab, Himachal Pradesh and Gujarat have also followed suit by bringing changes in their respective labour laws to attract investments and pump-up more industrial activity by unshackling companies.

Shivraj Singh Chouhan-led government in MP has said that it'll bring changes in its labour laws to bring in more investment, including those coming in from China. Rajasthan, Punjab, Himachal Pradesh and Gujarat have also brought changes in their factory laws in April, which include increasing daily and weekly work time, The Financial Express reported. Such emergency measures will remain in place for the next three months in these states. To stop the migrant movement to their native places in different states, states like Karnataka, Punjab and Gujarat are also providing all possible assistance to them so the industrial activity does not come to a halt at such crucial juncture.

UP on Thursday promulgated an ordinance that suspends most labour laws for three years. The state cabinet approved the ordinance to revive economic activities hit hard due to the coronavirus lockdown. Yogi Adityanath-led government gave the green signal to the 'Uttar Pradesh Temporary Exemption from Certain Labour Laws Ordinance, 2020', which relaxes all labour laws in the state, except three. These three laws are related to the abolishment of bonded labour, ex gratia to workers in case of work-related diseases and disabilities, and timely wage payments. The ordinance has been sent to Governor Anandiben Patel for her approval.

The relaxations will also be extended to existing industries and manufacturing units, as well as new ventures that set shop in the state in coming days. All labour laws related to labour unions, settling work disputes, regulations for working conditions, contracts, etc will remain suspended for three years in Uttar Pradesh under this ordinance.

The relaxing of labour norms by several states comes close on the heels of the Centre pushing industries to cash in on the growing 'exit-China' chorus. Minister for Road Transport and Highways and MSMEs Nitin Gadkari has already told industry big-wigs and bodies like FICCI, Assocham and CII to enter into a technical tie-up with companies from countries like the United States and the United Kingdom operating in China and set up manufacturing units in the country. With this initiative, the Centre is aiming at Rs 20-25 lakh crore worth investment into country's manufacturing.

16 migrant labourers mowed down by freight train in Aurangabad