Lockdown 4.0 may see gradual reopening of markets, transport; what to expect 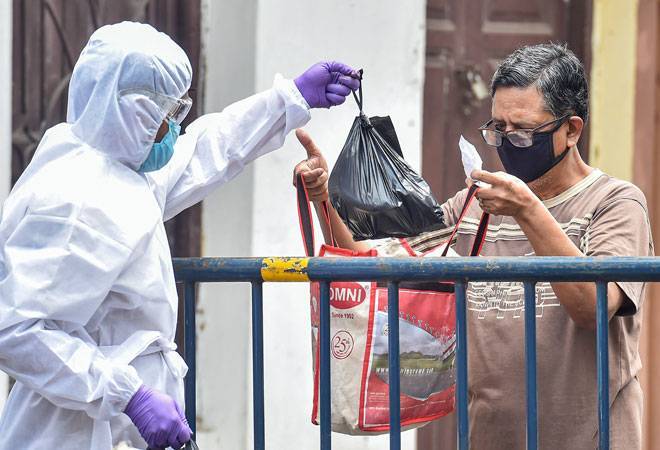 Lockdown 4.0 which starts from May 18 is likely to see a lot of relaxations and flexibilities with the complete reopening of green zones, very limited curbs in orange zones, and strict restrictions only in the containment areas of red zones.

An announcement  related to the dos and don'ts during  Lockdown 4 is likely to be made this weekend after Union Home Minister Amit Shah presided over a meeting on Friday to finalise guidelines after considering suggestions of state governments.

The state governments and union territory administrations were asked to submit their recommendations by Friday.

Gradual reopening of Railways and domestic airlines is likely to be announced on Monday. However, Bihar, Tamil Nadu, Karnataka were not in favour of complete resumption of train and air services, at least until May-end.

Schools, colleges, malls and cinema halls will not be allowed to open anywhere in the country but salons, barber shops and optical shops may be allowed in red zones, barring COVID-19 containment areas.

Green zones may see complete reopening  with very limited curbs in orange zones and strict restrictions only in the containment areas of red zones, said an official privy to the deliberations in the central government.

Punjab, West Bengal, Maharashtra, Assam and Telangana want the lockdown to continue with some of them even asking for powers to decide the zoning of districts--green, orange, and red, as per the COVID-19 situation, according to officials.

Prime Minister Narendra Modi on May 11 said that the lockdown 4.0 will be in a "completely different form", with new rules.

Coronavirus Lockdown XIV: Are India's migrant workers beasts of burden at the hands of govt and industry?

Indian Railways has already started special trains to 15 destinations from Delhi. Several hundred 'Shramik Special' trains from different parts of the country have been operating in various places for transportation of migrant workers stranded due to the lockdown.

Non-containment areas in red zones may see the operation of local trains, buses, and metro services with limited capacity.

Autos and taxis may resume services in red zones with restrictions on the number of passengers.

State governments may be allotted power to take a call on their reopening in non-containment areas .

They may also be allowed to decide on opening markets in orange and red zones where odd-even policy may be implemented for shops of non-essential goods.

Maharashtra wants strict lockdown steps to be implemented in Mumbai, its suburbs and Pune, and complete stop of inter-state and inter-district transport of any kind. The state has the highest number of COVID-19 cases and deaths.

States that are in favour of opening up of the economic activities include Delhi, Karnataka, Andhra Pradesh and Kerala, the official said. Countrywide lockdown to contain the rising number of coronavirus cases was first announced by Prime Minister Narendra Modi on March 24 for 21 days. It was then extended until May 3 and again till May 17.