The 17th Lok Sabha elections will be held in seven phases starting April 11, followed by counting of votes on May 23. The elections to the world's largest democracy will be held for 543 seats on nearly 10 lakh polling booths across the country. 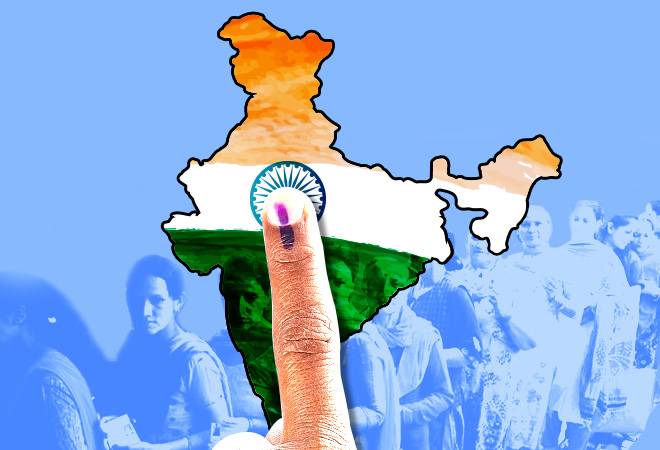 The 17th Lok Sabha elections will be held in seven phases starting April 11, followed by counting of votes on May 23.

The voting process in 91 Lok Sabha seats spread across 18 states and two union territories has started for the Phase 1 Lok Sabha election. The voting commenced at 7 am in the morning today and will continue till 6 pm in the evening. The timings to give vote may vary in the northeastern states. For instance, Assam, Arunachal Pradesh, Mizoram, Sikkim and Tripura West can exercise their franchise between 7am-5pm, while Manipur, Nagaland and Meghalaya will go to polls between 7am-4pm.

The 17th Lok Sabha elections will be held in seven phases starting April 11, followed by counting of votes on May 23. The elections to the world's largest democracy will be held for 543 seats on nearly 10 lakh polling booths across the country.

In order to cast your vote, all you need to have is voter identity card issued by the Election Commission of India with names on the electoral rolls. Therefore, it is important to check whether your name is present on the voter list or not ahead of the elections.

How you can vote in Lok Sabha election 2019

You can vote only if your name appears in the Voter List (also known as Electoral Roll). Voters can also find information on Polling Booths, Contesting candidates, Election Dates & Timings, Identity cards and EVM.

NOTE: Mobile phones, cameras or any other gadget is not allowed inside a polling booth.

Where to vote: find your polling booth

Voters can go to electoralsearch.in or use Voter Helpline App to find their polling booth

Voters can call the Voter Helpline, the number is 1950 (please add your STD code before dialling)

For Polling station location SMS <ECIPS> space <EPIC No> to 1950

How to use EVM

Don't have voter ID card? Don't worry, here are other identy proof which you can use to give vote:

Here's how to check your name on the voter's list

Step 2: You can check your name on the voter's list by entering your details or by putting in your Electoral Photo ID Card (EPIC) number.

In case you don't have Voter Identity Card

Step 1: Log on to the NSVP Electoral Search page.

Step 2: Click on search by details and put up your details, such as name, gender, age, Assembly Constituency, etc as mentioned on the page.

The Election Commission of India has launched Voter Helpline Mobile app to provide convenience of finding names in the electoral roll, submitting online forms, checking the status of the application, filing complaints and receiving the reply on their mobile app. All forms, results, candidate affidavit, press notes, voter awareness and important instructions are available through the mobile app.

Users can also call 1950 and obtain information about voter details in the electoral roll, check for the status of enrollment application and also lodge grievance.