Chief Election Commisisoner Sunil Arora also announced that Anantnag constituency, which falls in the militancy-hit south Kashmir region, will go for polling in three phases due to security reasons. 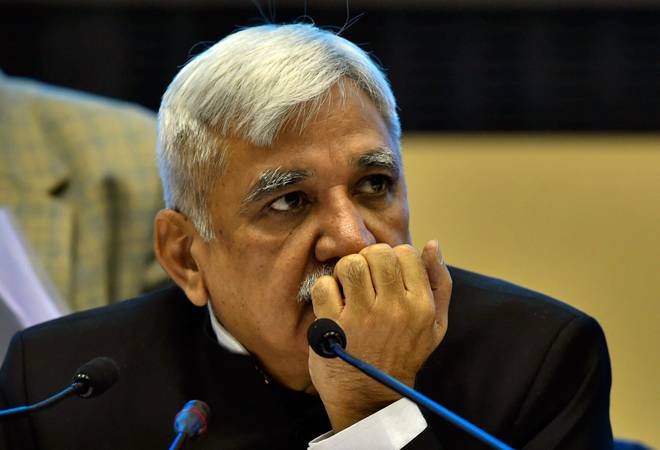 Chief Election Commisisoner Sunil Arora said that Assembly elections in Jammu and Kashmir will not be conducted along with the Lok Sabha elections.

Elections for the Jammu and Kashmir assembly, which was dissolved after the BJP withdrew support to the PDP government led by Mehbooba Mufti, would not be conducted along with the Lok Sabha elections 2019, the Chief Election Commisisoner Sunil Arora announced on Sunday.

"No assembly polls will be held in Jammu and Kashmir considering the recent incidents, security of candidates," Sunil Arora said at a press conference on Sunday at Vigyan Bhawan in Delhi. He said that the Commission has decided to announce only parliamentary elections in J&K. The elections will be held in five phases and counting for all states will be held on May 23.

Sunil Arora also announced that Anantnag constituency, which falls in the militancy-hit south Kashmir region, will go for polling in three phases due to security reasons. Speaking to media, Arora said, "We will have to carry out three phases of election for just one constituency of Anantnag... so you can imagine how complicated it is."

The state has been under President's rule following expiry of six months of Governor's rule in December. The 87-member state assembly plunged into a political crisis after the Bharatiya Janata Party (BJP) withdrew support to the PDP government led by Mehbooba Mufti in June last year.

Balakote & Uri are not symbols of PM Modi's handling of national security, J&K is and look at the mess he has made there. The abject surrender to anti-India forces is a crying shame.

Decision to hold only Parliamentary elections in J&K confirms sinister designs of GoI. Not letting people elect a government is antithetical to the very idea of democracy. Also a tactic of buying time to disempower people by pushing an agenda that suits their ulterior motives.

Earlier this month, all political parties in the State had appealed to the Election Commission for simultaneous polls for both Lok Sabha and the state assembly.

On November 21, Jammu and Kashmir Governor Satya Pal Malik dissolved the state assembly after the PDP, supported by the Congress and their arch rival National Conference, had staked claim to form the government. The governor had dissolved the assembly citing horse trading and lack of stability to form a government as the reasons.