The NIA (Amendment) Bill, which will allow the NIA to probe cyber-crimes and cases of human trafficking, was passed with 278 members voting in its favour and six against it 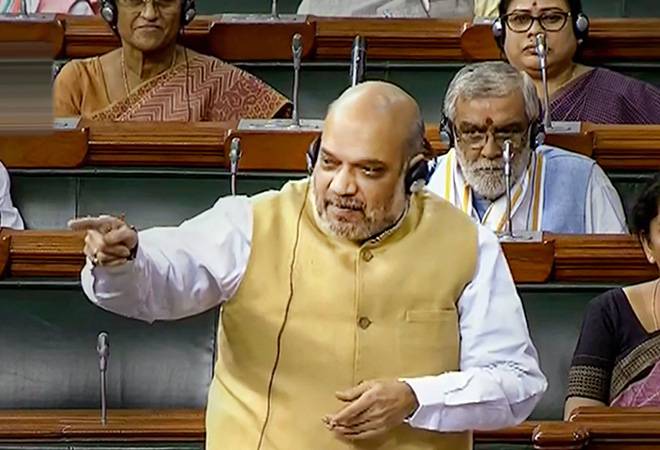 The NIA (Amendment) Bill was passed on Monday

In a bid to give more power to the National Investigation Agency (NIA), Lok Sabha on Monday passed a bill to allow India's anti-terror agency to investigate cases of terrorism targeting Indians as well as Indian assets abroad. The Bill, which amends the NIA Act, 2008, was first introduced by the Minister for Home Affairs, Amit Shah, on July 8, 2019.

The Act provides for a national-level agency to investigate and prosecute offences listed in a schedule (scheduled offences).  It also facilitates the creation of Special Courts for the trial of scheduled offences.

The amendments, which will allow the NIA to probe cyber-crimes and cases of human trafficking, was passed with 278 members voting in its favour and six against it. This was imperative for the Prime Minister Narendra Modi government's policy of zero-tolerance against terrorism.

Reiterating 'zero tolerance' policy of the government against terrorism, Amit Shah said "Terrorism is terrorism, it's neither RIGHT nor LEFT. Perpetrators of terrorist acts need to be punished and will get punished."

"All political parties, members of Parliament and the Government must come together to fight terror without pointing fingers at each other, otherwise it would boost the morale of the terrorists," Shah said while speaking in Parliament during a discussion on the NIA (Amendment) Bill, 2019.

Rejecting Opposition claims over "misuse" of the NIA law, Amit Shah on Monday asserted that the Modi government will never misuse it on the basis of religion. The minister added that "terrorism has no religion, no caste, no gender. It is against humanity".

The Bill says it wants to facilitate the speedy investigation and prosecution of Scheduled Offences, including those committed outside India against the Indian citizens or affecting the interest of India and to insert certain new offences in the Schedule to the Act as Scheduled Offences which adversely affect the national security, it has become necessary to amend certain provisions of the Act.

Scheduled Offences: The schedule to the Act specifies a list of offences which are to be investigated and prosecuted by the agency.  These include offences under Acts such as the Atomic Energy Act, 1962, and the Unlawful Activities Prevention Act, 1967.  The Bill will allow the NIA to investigate additional offences: (i) human trafficking, (ii) offences related to counterfeit currency or bank notes, (iii) manufacture or sale of prohibited arms, (iv) cyber-terrorism, and (v) offences under the Explosive Substances Act, 1908.

Jurisdiction of the NIA: The amendment provides for the creation of the NIA to investigate and prosecute offences specified in the schedule.  The officers of the NIA have the same powers as other police officers in relation to the investigation of such offences, across India.  The Bill states that in addition, officers of the NIA will have the power to investigate scheduled offences committed outside India, subject to international treaties and domestic laws of other countries.  The central government may direct the NIA to investigate such cases, as if the offence has been committed in India.  The Special Court in New Delhi will have jurisdiction over these cases.