MP Assembly Election Results 2018: Though most of the exit poll surveys have predicted a close race between the BJP and the opposition Congress party, both the party claims they would win comfortably. 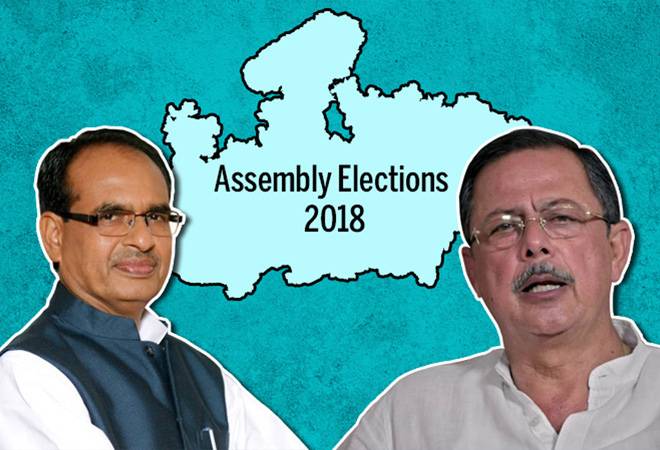 In the constantly fluctuating trends, Madhya Pradesh is turning out to be the most interesting of all election results today. The results that are constantly fluctuating between Congress and BJP. Mayawati is now being courted by both BJP and Congress in Madhya Pradesh. Earlier, she had snubbed Congress's attempts at forging an alliance in the state ahead of the elections.

Former Madhya Pradesh CM Babulal Gaur told India Today TV, "Trends showing people are disappointed with the BJP. It is not necessary that every time you will win. This happens when you are in power for 15 years." However, Gaur is still hoping that the BJP will retain power in MP. Speaking on his daughter Krishna Gaur contesting from Govindpura, he said, "It is our fortress and Krishna will win with a good margin."

Nine ministers in the Shivraj Singh Chouhan-led BJP government in Madhya Pradesh are trailing in the Assembly polls as per the latest trend.

Meanwhile, Madhya Pradesh Chief Minister Shivraj Singh Chouhan is leading by a margin of over 6,000 votes in Budhni constituency after second round of counting.

Congress workers, elated by the early trends going in favour of the party in Rajasthan, Chhattisgarh and also Madhya Pradesh, have broken into celebrations.

The elections for the 230-member Assembly in Madhya Pradesh were held on November 28. The fate of as many as 2,899 candidates contesting polls on different party tickets will be decided today. Also testing their electoral fortunes are 1,094 Independent candidates.