In the 40-member House, a total of 209 candidates participated in the battle of democracy, 67 higher than in 2013, where polling held on November 28. According to the officials of Mizoram Election Department, out of the 209 candidates, 15 are women. 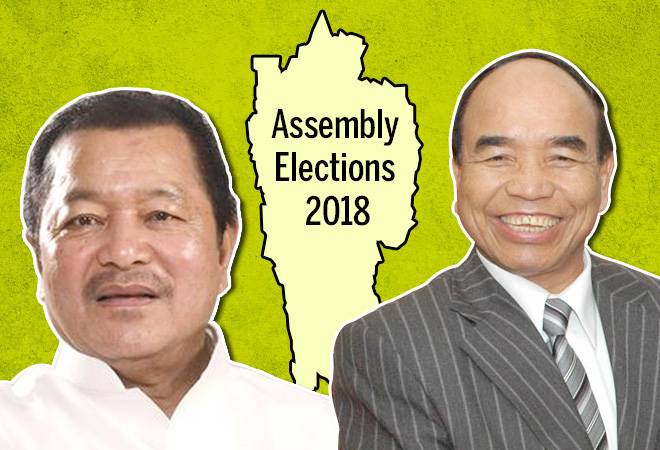 In Mizoram, Congress is tailing Mizo National Front (MNF). MNF is leading with 13 seats, while Congress is leading in 6. BJP is far behind with a lead in 1 seat, while others are leading in 2 and Zoram People's Movement (ZPM) is not leading in any seat as of now. Exit polls had predicted a neck and neck fight between the MNF and the Congress in Mizoram Assembly Elections.

This year the ruling Congress party and MNF are contesting in 40 seats whereas the BJP and ZPM have put up 39 and 35 candidates.

In the 40-member House, a total of 209 candidates participated in the battle of democracy, 67 higher than in 2013, where polling held on November 28. According to the officials of Mizoram Election Department, out of the 209 candidates, 15 are women. Only six women had contested in the elections in 2013, but none were successful.

What's at stake? Chief minister Lal Thanhawala-led Congress is looking to hold office for a third consecutive term. The crucial elections will determine whether the Congress keeps its last bastion in the Northeast safe against the Mizo National Front (MNF) in the Mizoram. In the 2013 election, the Congress had won 34 seats, while the MNF and the Mizoram People's Conference got five and one seat, respectively. It would be interesting to see whether the Congress retains power in its last bastion in the Northeast. According to India Today-Axis My India exit poll, the MNF may emerge as the single-largest party, which means the Congress may lose its last state in the Northeast. The exit polls by C-Voter predicted a hung assembly in Mizoram, with MNF likely to win 16-20 seats, the Congress to get 14-18 seats and 3-7 seats likely to go Zoram People's Movement (ZPM), which may emerge as king maker in post-poll scenario.

As per Times Now-CNX, the MNF seen getting 18 seats and Congress may get 16 seats.

Meanwhile, the exit polls by Republic-C-Voter predicted 16-20 seats to the MNF.