The former prime minister has recommended a six-pronged action plan for the Modi government to tackle the ongoing crisis, which he attributes to demonetisation and faulty GST rollout. The Congress stalwart believes that the country can return to a high growth trajectory in 3-4 years if the government takes appropriate action. 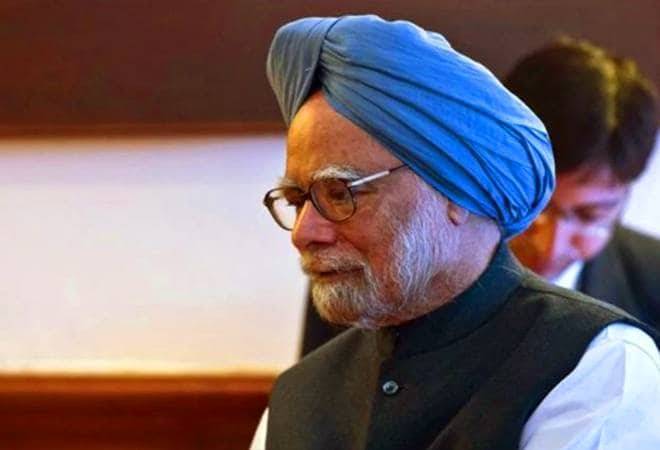 Former Prime Minister Manmohan Singh estimates that it will take a few years to get out of the "very worrying" economic slowdown underway, provided Prime Minister Narendra Modi and the government comes out "of their habit of headline management" and acts sensibly now. Reiterating his stand that the slowdown was triggered by the double whammy of demonetisation and badly implemented GST, Singh also attacked the Modi government for the lack of a focussed approach in tackling the situation.

"I believe that we are entering a different kind of crisis now, a prolonged economic slowdown that is both structural and cyclical," Singh told Hindu BusinessLine, adding that the crisis was triggered by a liquidity crunch. To back his argument, he explained that India has a substantial informal economy that runs on cash, and a large portion of that involves legitimate activities.

He cited the agriculture sector as an example, which constitutes around 15 per cent of GDP and is mostly tax-exempt. Demonetisation not only hurt the farm economy, but also led to widespread job loss in the unorganised sector, which in turn led to reverse migration to villages and a substantial increase in demand for MNREGA work.

According to him, the hastily rolled out GST delivered another huge blow to the economy even as the aftershocks of demonetisation continued. Acknowledging that the new tax regime is a structural reform that the UPA government had also tried to introduce, Singh claimed the problem lay in its faulty implementation.

Earlier this month, too, after the government reported that GDP growth rate had dipped to a six-year low of 5 per cent during the first quarter of the ongoing fiscal, Singh had termed it a man-made crisis. "India has the potential to grow at a much faster rate but all-round mismanagement by the Modi government has resulted in this slow down," he had said in a statement.

Singh further told the daily that the Modi government's strong emphasis on trying to stick to the targets laid out by the Fiscal Responsibility and Budget Management Act may have contributed to the crisis. "This led the government to aggressively levy taxes and cesses on petroleum products when international crude oil prices were low. Perhaps if the benefit of lower prices had been passed on to consumers, we may have avoided the slowdown that we are now experiencing," he said.

He further questioned the timing of the mega bank merger plan, saying the need of the hour is to facilitate credit flow and address the NPA problem but the mergers may instead divert bankers' attention to integration challenges.

Saying that the government can no longer afford to be in denial about the state of the economy, and that a lot of time has been lost in the bargain, Singh suggests six ways to tackle the slowdown:

Also read: 100 days of Modi govt: Hits and misses on the economic front