While addressing a media conference after interacting with tax officials in Chennai, finance minister Nirmala Sitharaman skirted the questions on falling GDP numbers, job losses and the overall slowdown in the economy. 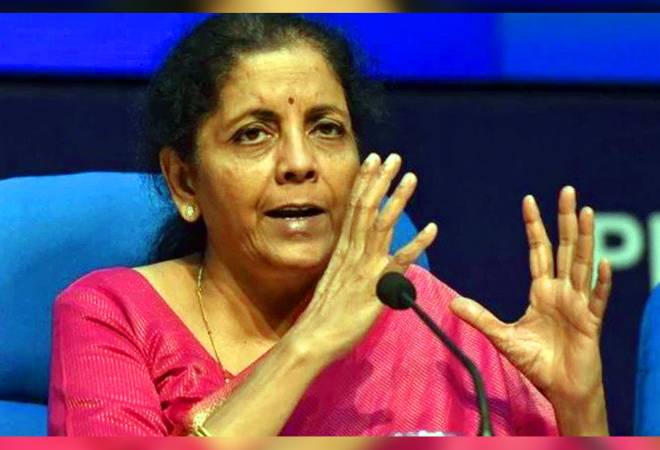 Finance Minister Nirmala Sitharaman Sunday refused to acknowledge the growing concerns over the state of Indian economy's health. While addressing a media conference after interacting with tax officials in Chennai, Sitharaman skirted the questions on falling GDP numbers, job losses and the overall slowdown in the economy. She said that the government is holding consultations with a lot of sectors and industry bodies and that the concerning reforms are underway and have been announced from time to time.

"The government has been in consultation with a lot of sectors. In some sectors, the inventory is piling up. We have heard them and announcements were made on August 23. Last Friday also we made some announcements," she replied.

She also said that a lot of steps which have been taken in the Budget are starting to manifest results.

When asked about former Prime Minister Manmohan Singh's remarks on the state of the economy, Sitharaman refused to comment on his statement.

"Is Dr Manmohan Singh saying that instead of indulging in political vendetta they should consult sane voices? Has he said that? All right, thank you, I will take his statement on it. That is my answer," said Sitharaman.

"I have no thoughts on what he said. He said it and I listened to it," she stated.

Singh had on Sunday morning said that the current slowdown in the Indian economy is a result of man-made disasters caused by the Modi government. "The last quarter's GDP growth rate of 5% signals that we are in the midst of a prolonged slowdown. India has the potential to grow at a much faster rate but all-round mismanagement by the Modi government has resulted in this slow down," Manmohan Singh said in a video released by Congress on Sunday morning.

Talking about the electric vehicles (EVs) the finance minister said that the government will continue to encourage the use of EVs but not at the expense of other vehicles, adding that they will not be denied their market share. She further said that the decision regarding the reduction in GST rates will be taken by the GST council.

On bank mergers, Sitharaman quoted the example of SBI's merger with associate banks and said that there will no retrenchments. Speaking about the job losses, the finance minister stated that majority of jobs are created by the informal sector which remains undocumented.

In her second press briefing on the economic slowdown on Friday, FM Nirmala Sitharaman announced a slew of banking reforms including the merger of public sector banks reducing the number of state-owned banks from 27 to 12.

CNG price in Delhi hiked by 50 paise, third since April