Manohar Parrikar: Half shirt, sandals and the love for scooter rides; truly an aam aadmi!

Parrikar was a simple person and a leader with ambition, ingenuity and disposition to battle it out, someone who enjoyed acceptance from all sections of the BJP cutting across party lines. 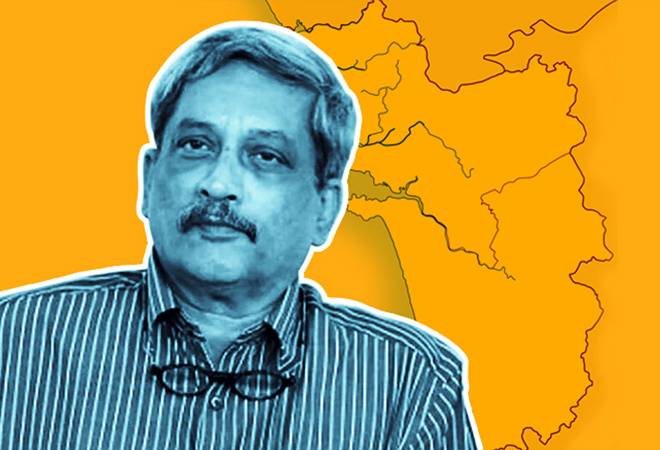 The four-time Goa Chief Minister Manohar Parrikar, 63 bid adieu to the world on Sunday after a year long battle with pancreatic cancer.

The four-time Goa Chief Minister Manohar Parrikar, 63 bid adieu to the world on Sunday after a year long battle with pancreatic cancer.

Always dressed in his trademark half-sleeved untucked shirt and leather sandals Parrikar was known for his frugal lifestyle, and yet was a rare national leader from Goa with cross-cultural appeal who dominated the state politics for two decades. Often ascribed as the original Aam Aadmi, Parrikar was often seen riding scooter to work and was hailed for his grounded and humble nature.

"People ask me whether I travel on a scooter. I tell them that I don't any more. My mind is filled with work-related thoughts and if I ride my scooter while my mind is somewhere else, then I could meet with an accident," Parrikar had recently told BJP workers.

He rose from a pracharak of the Rashtriya Swayamsevak Sangh (RSS) to become the chief minister of Goa and also the country's Defence Minister, living a simple life in the politically-volatile coastal state. Parrikar served Goa four times as chief minister and had also been appointed as the Defence Minister in the Modi government.

Parrikar is survived by his two sons and their families. The government has declared national mourning on Monday.

The former Defence Minister's health took a turn for worse over the weekend. Parrikar was diagnosed with pancreatic ailment last year and was discharged from the Goa Medical College and Hospital near Panaji on February 26 last month.

Parrikar was a simple person and a leader with ambition, ingenuity and disposition to battle it out, someone who enjoyed acceptance from all sections of the BJP cutting across party lines.

He was born on December 13, 1955, into a middle-class family and began his political career as a pracharak for RSS and continued with the Sangh even after graduating from IIT-Bombay.

Parrikar joined electoral politics in 1994 after he won on a ticket from BJP for the Panaji constituency. He had led the Opposition from June to November 1999 and became famous for his speeches against the Congress-led government of that time.

He took oath as chief minister of Goa for the first time on October 24, 2000. However, his tenure lasted till February 27, 2002. Parrikar was re-elected on June 5, 2002, and served another term in the state as the chief minister.

In 2012, Parrikar, while riding a popularity wave, gave BJP the historic victory with 21 out of 40 seats in the state assembly. He again became the chief minister of Goa.

After Modi Cabinet was sworn at the Centre in 2014, Parrikar was offered a ministerial berth in the party. He remained in berth till 2017 when his party failed to gather a majority in the assembly polls in Goa.

His health started to deteriorate from February last year and he was admitted at Lilavati Hospital, Mumbai, for the pancreatic ailment. Later, in the first week of March, he was flown to the United States and was under observation at the hospital till June 2018.

Parrikar returned to India and attended the monsoon session of Assembly and left again for the US on August 10 for further treatment. He returned on August 22, 2018.

After being treated at his residence, Parrikar was moved to the AIIMS, New Delhi on September 15, 2018. He reached the Chief Minister's office on January 2 and stunned everyone.

He attended the inauguration of the third bridge on the Mandovi River on January 27 along with Union Minister Nitin Gadkari.

He also presented Goa's Budget of 2019 on the very next day of the union budget session, which was held on January 29. He was once again taken to AIIMS, New Delhi, for treatment on January 31 and returned to Goa on February 5.

Parrikar, during the last few days, had been moving in and out of Goa Medical College for treatment but was mostly present at his residence.