Kant added that most small and medium disputes can potentially be resolved without approaching courts, thus allowing the courts to focus on the more complex cases or cases of high public interest 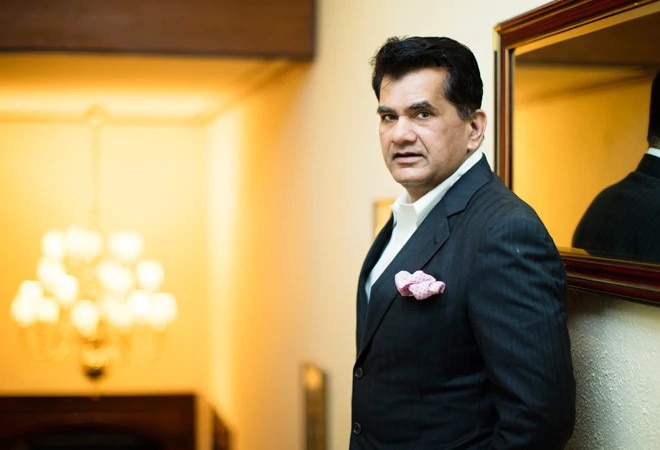 "Online dispute resolution can be used as a mechanism to solve disputes outside the formal court system in an extremely affordable and quick manner. The COVID-19 pandemic has completely altered how we function and why. It is a great challenge that all of us must combat together. It is equally important that we use any opportunity available to help alleviate the challenges faced by those most vulnerable," he said.

At the webinar moderated by advocate Divyansh Hanu Rathi, managing partner, Lexidem and Rathi, Kant noted that in this age of data-driven solutions and machine learning, ODR is much more than just replicating the existing processes of ADR online, because technology can aid resolution of disputes by providing analytic insights into the benefits of dispute resolution.

"Through a combination of several factors, we are at the cusp of transformative change and technology will play a key role in widening equity and affordability. The pandemic has forced a shift towards solutions that minimise contact and can be activated through technology, including for resolution of disputes. The unfortunate circumstances have cruciated the role of technology in allowing remote, contactless support to daily work roles," he said.

Kant added that most small and medium disputes can potentially be resolved without approaching courts, thus allowing the courts to focus on the more complex cases or cases of high public interest. "A collaborative mechanism of ODR provides this potential to resolve a substantial percentage of disputes at the site of their occurrence, without burdening the court system.... It is highly likely that there will be a deluge of disputes in courts, most notably in lending, credit, properties, commerce and retail, in the coming months that will require expedient resolution.

"Explicit support now would encourage businesses to build mechanisms in their customer relationships. Banks, NBFCs and mutual funds could then prioritise ODR, before they approach debt-recovery tribunals. Hence, ODR provides an accessible, affordable and easily available mechanism," he said.

Kant added that a robust ODR ecosystem in India will have the potential to reduce the load of the courts by resolving a high volume of disputes outside the courts and facilitate access to justice and ease of doing business by making dispute resolution cheaper, quicker and equally credible.

"Allocation of resources is the least of the problems. There is a lot of allocation of resources which is going unutilised. Every year the amount of money allocated to e-courts, a lot of it lapses at the end of the year because the judicial system has not been able to utilise it. So we need to have a better absorption ability in the judicial system. That is critical.

"I am quite sure that as far as the technology resources of the courts are concerned, there is no constraint. The government will put every possible resource for bringing technology to courts," the Niti Aayog CEO said. Speaking at the event, Richard Wilmot-Smith QC, Barrister-Arbitrator, Essex Chambers, London, said in the present pandemic situation, either the courts have to shut down everything or adapt to technology.

"Initially, people had hesitations and some kind of fear regarding virtual court hearings but now all that is fading away. ODR has made it possible that an arbitrator is in one country, an expert witness and a lawyer are in another and they carry on with the proceedings in an 'electronic room'. This is also reducing the travel-related carbon footprints," he said.

Shobana Iyer, Barrister-Arbitrator, Swan Chambers, London, said one of the major concerns regarding ODR is recording witness evidence remotely. She said some of the main problems are assessing the credibility and demeanour of witnesses, risks of witnesses being coached or unduly influenced, lack of gravitas and physical evidence.

"These can be solved by finding out about your witness, appropriate technology availability, quality of transmission (broadband connectivity), having evidence given from legal representatives or agents' offices," Iyer added. Advocate Tanmaya Mehta said though ODR kept the wheels of justice moving during the pandemic, it can only been seen as a temporary measure.

"Due to ODR, we are safely sitting at the comfort of our homes and arguing matters and do not have to go to the crowded courts. In the legal profession, it gives some semblance of financial earning to the lawyers too. It saves time too as in a normal day, lawyers have to juggle between several courts for hearing in their matters. Now they just have to switch screens.

"But normally, the Supreme Court hears an average of 700 cases on Mondays and Fridays and the Delhi High Court hears 700-1,000 cases. It is impossible to hear that many cases through ODR. Also, in India, there are technical impediments like bandwidth problems, which waste time. It can at best be a stop-gap measure," he said.