MIT professor suggested minimum income plan to Congress, but not Rs 6,000 per month

NYAY scheme: Brace up for a higher income tax, re-introduction of wealth tax and a higher rate of GST. 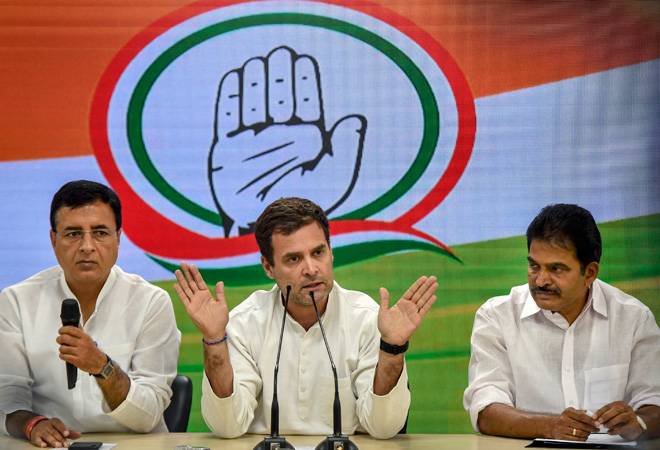 Noted Professor of Economics at MIT Abhijit Banerjee who was consulted by Congress Party on the NYAY programme had suggested a minimum income guarantee of Rs 2,500 per month, keeping in mind the fiscal discipline. The scheme would have cost the exchequer Rs 1.50 lakh crore. Congress, however, announced a more expansive Rs 6,000 crore a month with an outlay of Rs 3.60 lakh crore.

"Going with Rs 2,500 or Rs 3,000 (per month) would have been a good start. I was a bit more conscious of the fiscal constraints in saying that," says Banerjee who's in India to launch his new book "What the Economy Needs Now' which is being co-authored with 13 economists, including Raghuram Rajan and Gita Gopinath, Pranjul Bhandari, Sajjid Chenoy, among others.

The fallout would be that the Centre will have to generate additional resources to fund NYAY through higher taxes. Banerjee believes income tax rates will have to go up, wealth tax will need to be re-introduced and GST rates will have to rise. "Even without this, we're in a fiscally unsustainable state. Some major tax reform has to happen. Whichever government wins, they'll have to do. There's no fiscal space for this. You have to create tax buoyancy," says Banerjee.

India, after all, does not have the fiscal leeway to afford the NYAY programme just yet. India had already projected a subsidy outlay of Rs 3.34 lakh crore for fiscal 2019-20. With NYAY's additional Rs 3.60 lakh crore, it more than doubles to Rs 6.94 lakh crore annually, provided Congress comes to power and implements the scheme. "My view was that they should have gone slower. That it would have been easier to create the fiscal space if they went slower. I see the compulsion of going faster which is that you want to make a mark. It's an election coming up," says Banerjee.

"I do think that either way we have a fiscal challenge. A high level of deficit at the state and federal level plus hidden or off-budget borrowings of all kinds of government organisations are unsustainable whether or not this scheme was proposed," says Banerjee.

Banerjee also believes that effective and efficient implementation of NYAY could bring credibility which, in turn, could help remove at least some of the existing subsidies in future. "Once you implement this, the credibility of implementing a very large scheme to a very large population is the first step in withdrawing some subsidies. The reason we can't withdraw is because nobody believes us. You say that we will give you cash but why would I believe you? What have you done efficiently? It will be very important for whoever comes to power. And this is equally true for the BJP Rs 6,000 as well. If they actually manage to do that efficiently and is credible, the next step in reducing water, electricity and fertiliser subsidies might be feasible. Then you can start to replace those and the efficiency gains there are large. That's where there is real waste going on," says Banerjee.