Modi's new cabinet: A career diplomat, S Jaishankar who has been named the new Foreign Minister, was awarded the Padma Shri in January 2019. 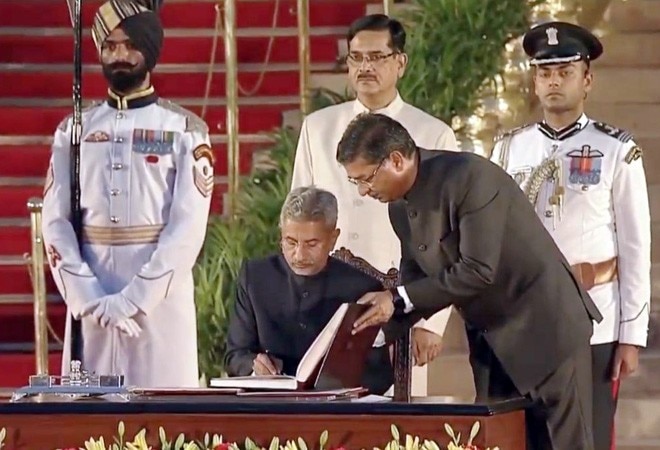 After the swearing-in ceremony of Modi and his Council of Ministers on Thursday evening, there was huge suspense on which portfolio would land on whose lap. However, former diplomat Subrahmanyam Jaishankar was the popular contender for the role of External Affairs minister once Sushma Swaraj's tweet made it evident that she wouldn't be continuing in the role. After much speculation, some of which were on point and some not, S Jaishankar has been named as the new Minister of External Affairs.

Son of strategic affairs commentator K Subrahmanyam, Jaishankar is a PhD-holder from JNU. He had initially served as the press secretary to former President Shankar Dayal Sharma. He is also an expert of the Russian language.

Jaishankar, who has been a career diplomat, was selected by PM Modi in January 2015 to serve as the Foreign Secretary. According to reports, Jaishankar caught Modi's attention during the Prime Minister's first visit to the US during President Barack Obama's term in 2014. Jaishankar was serving as India's envoy in Washington DC. PM Modi had addressed the Indian diaspora at the Madison Square Garden during that visit.

The new External Affairs minister played well in line with Modi's idea of an aspirational India. He sharpened policies and had a key role to play in the relief operations in Nepal after the 2015 earthquake, the Nuclear Suppliers Group, the Japan nuclear negotiations, Doklam, Belt and Road Initiative as well as outreach to West Asian countries.

Jaishankar was also given a year's extension as Foreign Secretary.

The minister is known for being a hard negotiator. His stints in the foreign service and a range of diplomatic postings has earned him that reputation.

The 64-year-old received the Padma Shri this January.

After his government tenure came to an end, Jaishankar joined Tata Group as President of Global Corporate Affairs. As evinced, it was not a long-lived term.

Modi's Cabinet 2.0: The names that got dropped