This would be the second informal meeting between PM Modi and the Chinese premier Xi Jinping after their first one in Wuhan, China, in 2018. 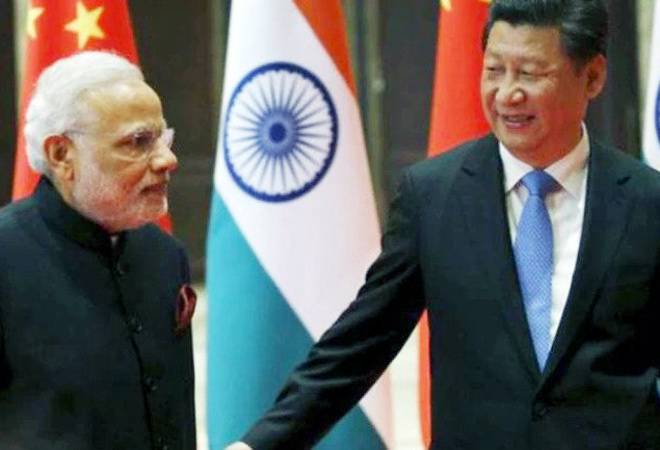 Prime Minister Narendra Modi and Chinese President Xi Jinping are all set to meet Friday to take part in an "informal summit" in the coastal town of Mamallapuram in Tamil Nadu.

Prime Minister Narendra Modi and Chinese President Xi Jinping are all set to meet Friday to take part in an "informal summit" in the coastal town of Mamallapuram in Tamil Nadu. The two leaders will engage in informal talks to cement ties strained by tough talk on the Kashmir issue by both the countries.

This would be the second informal meeting between PM Modi and the Chinese premier after their first one in Wuhan, China, in 2018. The Wuhan meet came months after a 73-day-long standoff between both the countries' arimes in Doklam tri-junction in Sikkim.

Both the state and the central government agencies have made all-out efforts to deck up the coastal town of Mamallapuram as it has strong historical linkages with China's Fujian province. Ahead of the two-day summit, Chinese Ambassador to India, Sun Weidong, told PTI that a "new set of consensus" including "guiding principles" on giving a new direction to the bilateral ties are expected from engagement.

Xi will arrive at the Chennai airport around 2 PM and then head off to a luxury hotel. At 5 PM, Modi will take Xi to three iconic monuments of Mamallapuram -- Arjuna's Penance, Panch Rathas and the Shore temple. Then the two leaders will witness a cultural programme at the temple complex.

They will sit together in the lawns of the Shore temple and exchange views on charting a new roadmap of development and cooperation. Then, the prime minister will host a private dinner for Xi at the temple complex.

On Saturday, the two leaders will have an one-on-one meeting at the Fisherman's Cove resort which will be followed by delegation-level talks. After the talks, Modi will host a lunch for Xi, and the Chinese leader will leave for Chennai airport at 12:45 PM, they said. All the monuments in Mamallapuram to be visited by Xi were spruced up while colourful gates have been erected along the routes from Chennai to this coastal city.

A grand ornamental arch to welcome the two leaders has been prominently put up at the entrance to Mamallapuram from the East Coast Road. Traditional arches made of banana trees and sugarcane have been put up in front of the hotel where Xi will stay. An unprecedented security cover has been thrown in and around Mamallapuram which has inconvenienced people in the town as well as tourists.

Talks amid strain over Kashmir issue

The informal summit is taking place amid renewed strain in ties between the two countries over the Kashmir issue. A joint statement issued after talks between President Xi and Pakistan Prime Minister Imran Khan on Wednesday said China is paying "close attention" to the situation in the Kashmir and that it should be be properly and peacefully resolved based on the UN Charter.

In its reaction, External Affairs Ministry Spokesperson Raveesh Kumar said India's consistent and clear position has been that Jammu and Kashmir is an integral part of the country and China is well aware of New Delhi's position. Government sources told PTI there was no question of any discussion on the issue as it is India's sovereign matter but added that Modi will update the Chinese President on the matter if there is a query.

The summit in the ancient coastal town in southern India is also taking place in the backdrop of China's growing trade friction with the US. Both leaders are likely to explore ways of expanding trade and business ties. India is expected to raise the issue of the ballooning trade deficit in China's favour, the sources said. They added that political relations, trade and ways to maintain peace and tranquility along nearly 3,500-KM-long Sino-India border will be major focus areas in the talks.

The ties between India and China came under some strain after India announced withdrawal of Jammu and Kashmir's special status and bifurcated the state into two Union territories. China criticised India's decision and its Foreign Minister Wang Yi even raised it at the UN General Assembly last month. Days later, Chinese ambassador to Pakistan Yao Jing said that China was working for Kashmiris to help them get their fundamental rights and justice, comments which have not gone down well with New Delhi.

RCEP meet: How India can gain from US-China trade war