Six million more people got displaced due to natural disasters and climate change than war in 2018, says CSE State of India's Environment 200 report 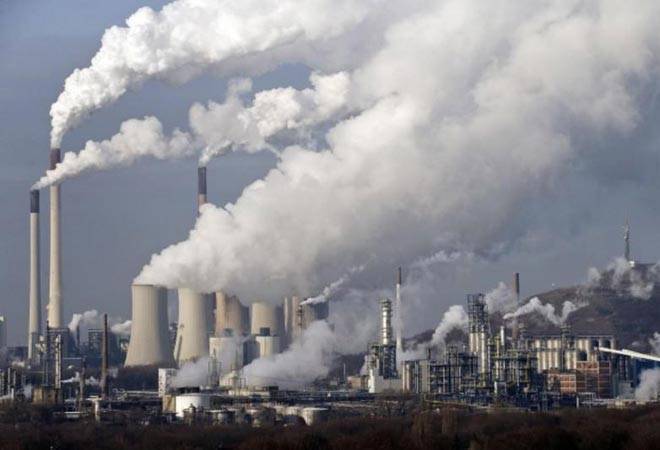 Experts believe that by 2050, more than 200 million people will be forced to flee their homes

Back in 1990, the Intergovernmental Panel on Climate Change (IPCC) had noted that the single greatest impact of climate change will be on human migration. In 2018, of the new 28 million internally displaced people in 148 countries, 61 per cent were due to disasters. In comparison, 39 per cent were displaced due to con?ict and violence. Experts believe that by 2050, more than 200 million people will be forced to flee their homes.

These statistics feature in a series of articles on migration in the latest State of India's Environment report released at the 2020 Anil Agarwal Dialogue at CSE's campus in Alwar. With increasing intensity and frequency, natural disasters now affect more than half of India's population, both in rural and urban areas. According to the National Disaster Management Authority, 27 of the 37 states and Union territories are disaster-prone. Some 68 per cent of the cultivated land is vulnerable to drought, 58.6 per cent landmass is prone to earthquakes, 12 per cent to floods, 5,700 km of the coastline is prone to cyclones and 15 per cent of the area is susceptible to landslides.

The 2011 Census shows that 405 million (or 33 per cent) of the country's population are on the move, with some 9.9 million people migrating from one state to another every year. Displacement or rise in migration due to disasters has raised concerns on increasing human trafficking. It is a known fact that in countries like India, there have been clear evidences of linkages between disaster, migration and vulnerability to human trafficking. The UN Environment Programme estimates that trafficking goes up by 20-30 per cent during disasters. Large-scale migration is also increasing xenophobia and intolerance around the world.

Sunita Narain, director general, CSE said at the launch, "Remember, climate change impacts are the tipping points as the poor are already living on the margins. Increased inequality is adding to stress; rural economies are dying. Weather-related events will drive people to the point of no return -- they will join the hordes of migrants. We know this from the number of illegal settlements in our cities today."

Narain suggests a two-pronged solution that nations should start thinking about immediately: "One, institute strategies to build local economies so that people do not have to leave. And two, stop building a divisive agenda on migration -- there will be no end once we start to count the outsider."