Of total purchase of 411.05 LMT, Punjab bought 202.77 LMT of paddy at MSP till close of procurement season in state on November 30, which is 49.33 per cent of total procurement in India 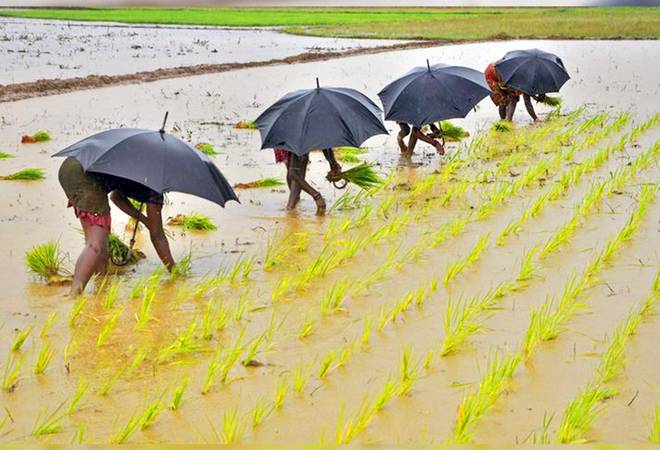 About 48.28 lakh farmers have benefitted from the Kharif Marketing Season (KMS) procurement with minimum support price (MSP) value of Rs 77,608.01 crore so far, the government has said. It said the Centre continues to procure Kharif crops at MSP from farmers. In states like Punjab, Haryana, Uttar Pradesh, Telangana, among others, the Centre bought 411.05 LMTs paddy up to December 18 against 333.59LMT during the same period last year, thus showing 23.22 per cent growth.

Of the total purchase of 411.05 LMT, Punjab bought 202.77 LMT of paddy at MSP till the close of procurement season in the state on November 30, which is 49.33 per cent of total procurement in the country.

The government also procured 1.23 LMT of copra (the perennial crop) in Andhra Pradesh, Karnataka, Tamil Nadu and Kerala. For other states/UTs, approval will be accorded on receipt of proposals for the procurement of pulses, oilseeds and copra under the PSS, the statement said.

Similarly, 5,089 MT of copra (the perennial crop) having MSP value of Rs 52.40 crore has been procured, benefitting 3,961 farmers in Karnataka and Tamil Nadu up to December 18 against 293.34 MT during the same time last year.

"In respect of Copra and Urad, rates are ruling above MSP in most of the major producing states. The state/UTs governments are making necessary arrangements for start of procurement from the date as decided by the respective states based on the arrivals in respect of kharif pulses and oilseeds," said the statement.

Notably, the issue of MSP has become a bone of contention between farmers and the Centre, with the former accusing the government of doing away with the MSP provision in the three new agri-marketing bills passed in September. Farmers from Punjab, Haryana, UP, and Rajasthan are protesting at Delhi borders for over 20 days now.

Despite the government's assurance of not touching MSP, the farmers have refused to budge and are demanding the Centre repeals all three laws as they are "anti-farmers" and will benefit "big corporate" only.