The channel is reportedly owned by Parag Shah, a senior political analyst who has worked under Prime Minister Narendra Modi when he was the Gujarat CM. 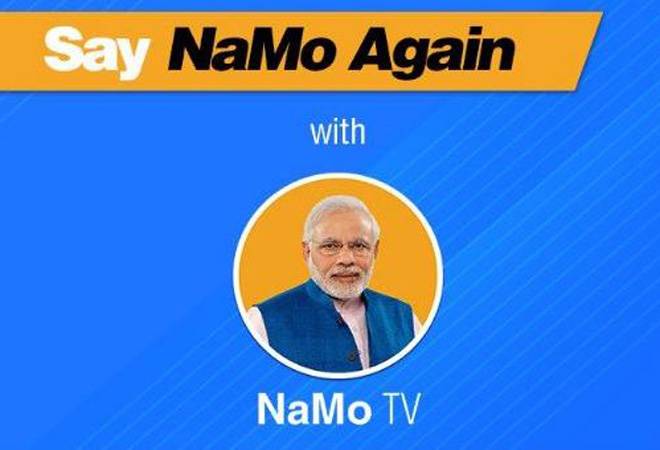 The Ministry of Information & Broadcasting (MIB) has clarified that the newly launched Namo TV is not a licenced channel and that it is an advertising platform of the BJP. The channel is reportedly owned by Parag Shah, an IT professional and senior political analyst who worked under Prime Minister Narendra Modi when he was the Chief Minister of Gujarat. As other political parties question the Election Commission if launch of a news channel by a political party weeks before the 2019 Lok Sabha elections is within the parameters of the Moral Code of Conduct, one also wonders how could the DTH platforms and the cable networks carry a channel, which doesn't have a licence? The MIB website clearly states that no DTH platform can carry any TV channel, which has not been registered by the Central government.

Has the BJP misused its position of being the ruling party and forced the DTH and cable platforms to carry its Namo TV channel? "The BJP has actually taken advantage of a grey area in the regulation," says a senior media professional.

A regular licenced channel is uplinked by the broadcaster to the satellite, which is then downloaded by the platforms. But the regulation allows the DTH platforms to offer its own value-added services, for which there is no licence required. "If you tune into TataSky, you will come across an icon called Showcase, which has a host of content ranging from cookery shows to movie on demand channels. None of them is licenced. That is content aggregated by the operator. Namo TV comes under that category; its content is made available to the platforms not through satellite but through fibre. Hence, it doesn't need a licence," the media professional further explains.

In fact, TRAI (Telecom Regulatory Authority of India), in 2015 recommended to the MIB, that the value-added services of operators should also be approved by the government, but nothing much has happened. "Some of the value-added offerings of platforms interfere with the content offered by the licenced broadcasters and it's not fair-play," says this media professional. In fact, it is common for political parties to launch channels especially on local cable networks closer to elections to communicate their political ideologies and manifesto.

The earlier avatar of Namo TV was launched in 2012 during the state elections in Gujarat. Prime Minister Narendra Modi, who was then the CM of Gujarat, was keen to have a platform where he could elaborately convey to the people of Gujarat about his various initiatives, remembers, Mayank Jain, who was the content head of Namo TV in 2012. "Narendra Modi used to insist his ministers and senior bureaucrats to do extensive interviews on the various initiatives of his government. He had also done a film on the food safety measures," says Jain.

However, a senior political advertising professional doesn't agree that Namo TV made an impact in 2012. "The content was mediocre at that time and didn't help in shaping opinions. Let's see how the new avatar will shape up, as there will be lot of learning from the previous innings."