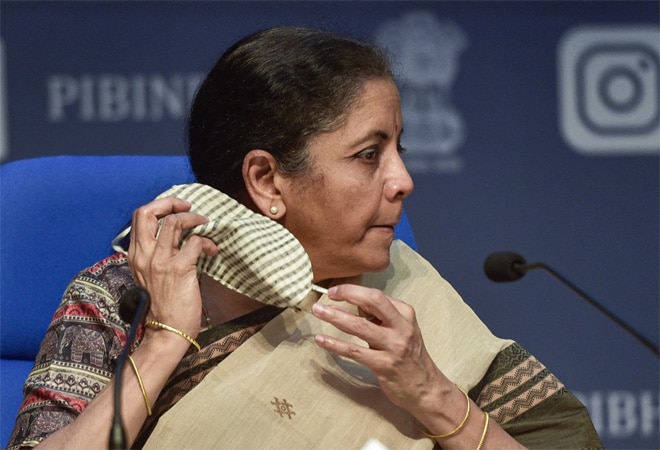 The Finance Ministry is looking into suggestions and requests received from various sectors of the economy, he said at a virtual conference with media.

"We are actually discussing that. It is difficult for me to commit a date but we have received a lot of requests and comments from various sectors and we are looking into it. Very soon it will be unveiled. The Finance Minister will come out and speak to you on that," he said.

The finance minister last month had announced a slew of measures to spur demand and ramp-up capital expenditure. This was the third stimulus package since the outbreak of the COVID-19 pandemic.

The government had announced a Rs 1.70 lakh crore Pradhan Mantri Garib Kalyan Yojana (PMGKP) in March to protect the poor and vulnerable sections from the impact of COVID-19 crisis.

It was followed by the Aatmanirbhar Bharat Abhiyan package of Rs 20.97 lakh crore in May, largely focussed on supply-side measures and long-term reforms.

The finance minister last month had said the option for another stimulus package has not been closed.

"I have not closed the option for another stimulus package if it comes out to be, because every time we announced one, it has been after a lot of consideration of inputs which have come from various sections of society.

"Then we sit and work it out within the ministry and Prime Minister's Office and then take a final call. So, I have not closed the option to come up with one more stimulus," Sitharaman had said.

Terming elevated food prices a temporary phenomenon, Bajaj said it should be back to normal soon on the back of arrival of new crops and government measures for improving supply of essential commodities.

Some commodities like onion, potato and tomato are as costly as Rs 100 per kg, much higher than the average price.

"I think this should be temporary in our view... There is actually a difference between the WPI and the CPI. So, that itself shows that this should be something to do with logistics and with good agricultural season that is coming and the new crop with us we are hoping that this should cool down," Bajaj said.

Nevertheless, he said agriculture and consumer affairs ministries have also announced some steps to cool down the prices.

"We think that it is a temporary affair and it should be back to normal soon and also limited to few commodities," he said.

On the recovery, Bajaj said India continues to see an uptick in the economy for the past few months since the unlock began and there would be further improvement in the months to come.

"We are actually seeing an improvement in all parameters generally and we are expecting further improvement in the month of November and this should continue. Hopefully the economy should be back on rails and it is moving much faster than what had been anticipated by a lot of experts and economists, he said.

Last month, the International Monetary Fund said the Indian economy, severely hit by the coronavirus pandemic, is projected to contract by a massive 10.3 per cent this year.

However, it projected a rebound to 8.8 per cent in 2021. Last financial year, India witnessed a growth rate of 4.2 per cent.

Last week, the finance minister had said there were visible signs of revival in the economy and the GDP growth may be in negative zone or near zero in the current fiscal.

Bajaj said, "We continue to see uptick in the economy since the past few months since the opening up of the economy and the manufacturing PMI has touched 58.9, which is the highest in the last decade. The power consumption in the month of October is 12.10 per cent more than October 2019, which is a signal of economic activity."

He also said India growth story is intact despite the COVID crisis and there are lot of interest from investors from across the world.

"So, in spite of Covid situation that we are facing, we find that there is a lot of interest, a lot of traction, there are lot of enquiries from investors...lot of deals are being talked about, which shows that in spite of Covid situation, our growth story which we feel is intact is also accepted by others who are ready to invest into India during these times," he said.