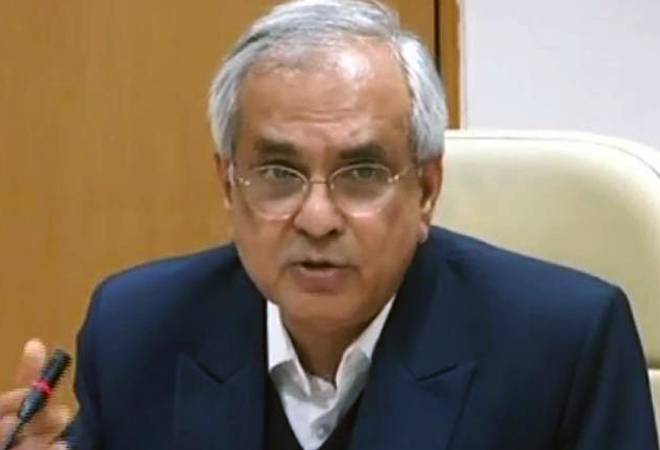 Niti Aayog vice-chairman Rajiv Kumar has stressed on the revamp and modernisation of the Indian statistical system so that real-time data is captured and used for policy analysis.

The Aayog, Kumar says, is in touch with the World Bank for modernising the country's statistical system.

Both Rajan and Subramanian had said that the current cloud over the GDP numbers must be cleared by appointing an impartial body to look at the data.

"And there is a World Bank team recently visited me, they are actively looking into what steps are to be taken for modernising our statistical system so that we can move increasingly to real-time data based statistical system and policy analysis," Kumar added.

His comments come at a time when the Statistics and Programme Implementation (MOSPI) has decided to merge the Central Statistics Office and the National Sample Survey Office into National Statistical Office (NSO). `

The ministry has said the union of the CSO and the NSSO within NSO as part of the main ministry, would streamline and strengthen the official statistics system and bring in more synergy.

Asked whether the government would be able to privatise some sick public sector units (PSUs) this fiscal, Kumar said, "Yes, you can expect serious action this fiscal on raising non-tax revenues including disinvestment.

Kumar further said that the first stint of the Modi government(2014-19) could be remembered for structural reforms that have paved the way for ensuring that growth benefits reach the poor.

"This government will be remembered for achieving unprecedented macroeconomic stability along with growth while ensuring that the benefits of growth have reached the bottom of the pyramid with least leakages," the eminent economist emphasised.

Modi-led NDA returned to power at the Centre with a massive mandate on Thursday.

Responding to critical comments made by former RBI Governor Y V Reddy on the Niti Aayog, Kumar said that he would consult with former central bank chief to get more clarity.

"I would like to consult with Dr Y V Reddy to get his views more clearly," he said, adding that several suggestions are coming regarding improving the functioning of Niti Aayog and he thinks they(suggestions) require considered discussion.

Reddy had recently said that the Niti Aayog suffers from a wide mandate and diffused focus and there is a need to reinvent the organisation in the context of fiscal federalism.

According to Niti Aayog vice-chairman, to double farmers' income, there is a need to reduce the cost of agriculture production and giving farmers more values for their output through agro-processing industries.

"We also now need to make sure that farmers get into allied areas like floriculture, fisheries, poultry, that is where more value addition will happen," Kumar said.

Also read: Niti Aayog's Rajiv Kumar says demonetisation was against the corrupt, not the elite