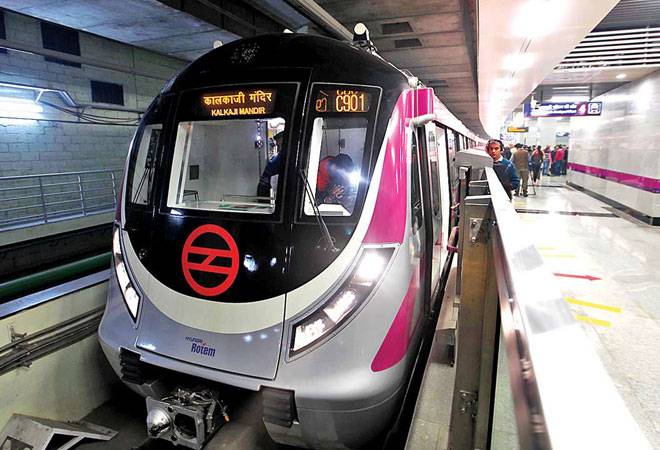 Train services will commence with adequate frequency as they were before March 22, which may be increased or decreased as per requirement

Tokens will not be accepted in the Delhi Metro when its services resume after a gap of over five months on September 7, Transport Minister Kailash Gahlot said on Thursday. The minister held a meeting with Delhi Metro Rail Corporation (DMRC) and Transport department officers during the day, discussing the standard operating procedure (SOP) for metro operations.

He said Civil Defence volunteers and personnel from the Enforcement wing of the Transport department would be deployed at the stations to help in crowd management and ensure proper social distancing by the passengers. "Tokens will not be allowed in Metro trains in Delhi to ensure protection against COVID-19 infection. Also, all the stations, except those in containment zones, will be open but depending on crowd, only some gates may open," he told PTI.

The Ministry of Home Affairs has allowed opening of Metro train services in the country from September 7 in a graded manner. Its guidelines allow use of token for travel after proper sanitisation. The minister also said some trains may skip a few stations, after origin station, depending on the number of passengers in them and at the stations.

After being closed for over five months due to the COVID-19 pandemic, Delhi Metro services will be resumed in three stages from September 7-12, but stations located in containment zones will remain closed, DMRC officials said on Wednesday. Train services will commence with adequate frequency as they were before March 22, which may be increased or decreased as per requirement.

However, due to trains halting for longer duration at stations, there will be minor increase in time required for performing a trip, they said. The total number of entry points at the stations will be heavily curtailed to ensure compliance with COVID-19 safety norms, the officials had said.

Delhi Chief Secretary Vijay Dev issued an order on Thursday that stated Metro rail services in NCT of Delhi will be allowed with effect from September 7, in a graded manner, subject to strict compliance of broad guidelines issued by MHA and the SOP of DMRC, as well as other guidelines of the government of India and the Delhi government to contain the spread of COVID-19.