The Finance Ministry agreed to provide only Rs 5,085 crore in cash subsidy out of the Rs 15,981 crore of revenue losses incurred by fuel retailers. 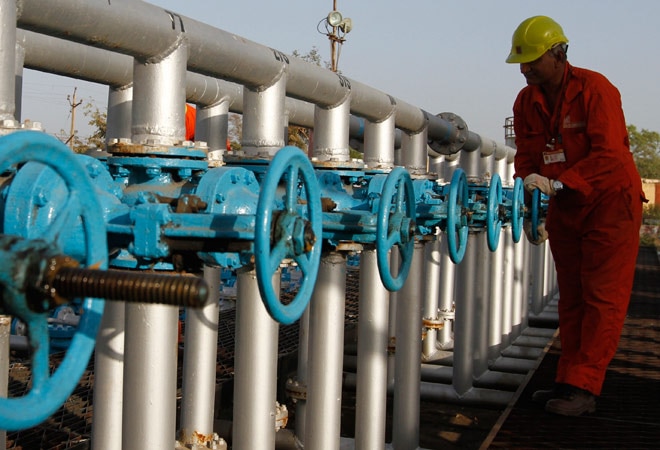 Oil and Natural Gas Corporation (ONGC) and other public sector explorers may have to pay about Rs 10,900 crore in fuel subsidy after the Finance Ministry has agreed to provide only Rs 5,085 crore in cash subsidy for the quarter ended December 31, 2014.

Out of the Rs 15,981 crore of revenue losses fuel retailers incurred on selling LPG (Liquefied Petroleum Gas) and kerosene at government-controlled rates in the concerned quarter, the Finance Ministry has agreed to make good only less than one-third or Rs 5,085 crore by way of cash subsidy, sources said.

While, the remaining Rs 10,896 crore will now have to be borne by state-run refiners ONGC and Oil India, ONGC may have to shell out close to 80 per cent of this amount (Rs 8,716 crore).

Sources said efforts are being made to impress on Finance Ministry to give out more as the subsidy payout for ONGC and OIL is unsustainable given that oil prices have halved to US $50 per barrel.

In the first half of the 2014-15 financial year, fuel retailers IOC, Bharat Petroleum (BPCL) and Hindustan Petroleum (HPCL) had together lost Rs 51,110 crore in revenue on selling fuel below cost. Most of this was made good by way of a Rs 31,926-crore benefit from upstream players and Rs 17,000 crore coming from the Budget as cash subsidy.

Oil Ministry, they said, had Rs 22,101 crore in subsidy to cover for losses on LPG and kerosene sale in the second half of FY15 so as to almost exempt ONGC and OIL from any payments. This was because the two state-run companies hardly made any money at prevailing global oil prices of about US $50 per barrel.

Sources said the gross-realisation of ONGC during Q3 FY15 was US $75-76 per barrel and after accounting for subsidy payout, which are in form of discounts it will give on crude oil sold to IOC, BPCL and HPCL, the net realisation was likely at US $35-36.

ONGC's cost of production is around US $40 per barrel.

Under-recoveries, or revenue retailers' loss on selling fuel below cost, is projected at Rs 74,773 crore in full 2014-15 fiscal.

The Ministry has put the under-recoveries in October-December quarter at Rs 15,981.28 crore and Rs 7,682 crore in the fourth quarter.

Sources said the Ministry had projected that government will earn Rs 75,944 crore from excise duty on petrol and diesel this fiscal and even after paying for Rs 39,101 crore subsidy (Rs 17,000 crore of first half and Rs 22,101 crore in second half), it will be left with Rs 36,843 crore.