OCIs are scared about corruption in the country. They also do not want to deal with agencies like the CBI, the ED, and the Income Tax Department since OCIs are subject to laws of their own countries 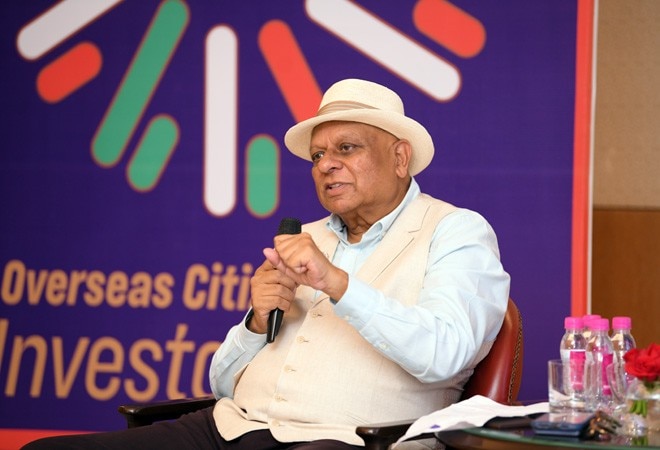 Singapore-based businessman BK Modi, Chairman of OCI Investor Forum, has set several preconditions to what must be done to attract the OCI purse.

Overseas Citizens of India (OCIs) can be big investors in the country - in sectors such as hospitality, wellness, medicine, education, agriculture and high technology. There is a caveat, nevertheless. They would like the government to treat them differently from Non-Resident Indians, or NRIs. While NRIs have voting rights, OCIs do not; they are citizens of a different country. Therefore, they would prefer 'diplomatic immunity'.

Singapore-based businessman BK Modi, popularly known as Dr M, and Chairman of OCI Investor Forum, set several preconditions to what must be done to attract the OCI purse, which he stated could be as high as $100 billion over the next several years.

Diplomatic immunity, he explained during a conference in Delhi today, is related to the ease of doing business. OCIs are scared about corruption in the country. They would also not want to deal with bodies such as the Central Bureau of Investigation (CBI), the Directorate of Enforcement (ED), and the Income Tax Department since OCIs are subject to laws of their own countries.

"A diplomatic immunity will give us confidence that we will not be wrongly prosecuted. We are like ambassadors. If there is immunity, it would go a long way and bring in huge investments from OCIs," Modi said. He added that he would prefer not to deal with Indian banks. "There are banks that approve plans and they know from the day they approve a loan that the money is not going to come back. The whole system is based on certain things that are not business. We don't want to be caught in these. Diplomatic immunity is important because we are not citizens of this country. We can be prosecuted in our countries. We are under laws that are more stringent. Like in the US, you can be easily caught for insider trading," he explained.

OCIs, Modi said, would like to deal with banks from their countries. "Banks from developed countries should be allowed to open branches in India. We have our own banks and credit systems. The cost of money will be less and returns higher. If I involve banks in India, they would put the pressure of higher interest rates," he added.

A third precondition to investments has to do with longer stay. The OCI Investor Forum recommended altering the permissible limit - at the moment, OCIs can stay in India for a period of 182 days without getting taxed on their global income earned outside India. This limit, Modi said, must be stretched to at least 270 days.

Meanwhile, the OCI Investor Forum is negotiating with landlords in Kashmir to invest in about 100 hotels in the state. The discussions, Modi informed, started before the government's announcement on Article 370.