'People being misled over CAA, not taking citizenship away from anyone,' says PM Modi at Belur Math

PM Modi at Belur Math: The PM said that the act does not seek to take away citizenship from anyone and that some are playing political games with it 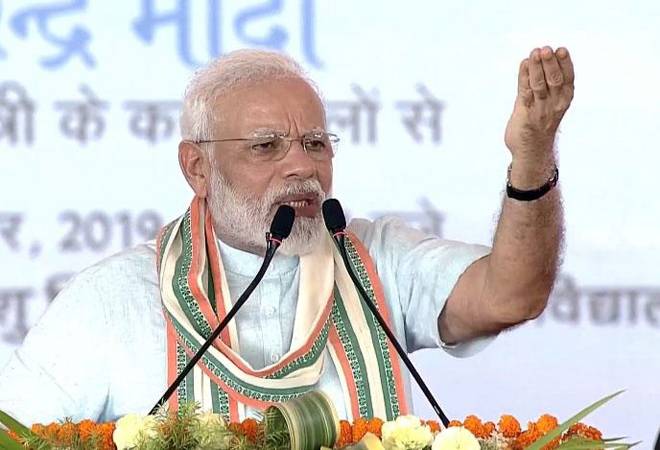 He said that the act does not seek to take away citizenship from anyone. "I repeat again, Citizenship act is not to revoke anyone's citizenship, but it is to give citizenship. After independence, Mahatma Gandhi ji and other big leaders of the time all believed that India should give citizenship to persecuted religious minorities of Pakistan," he said during the speech.

The Prime Minister is on a two-day visit to Kolkata. On Sunday morning, he paid tribute to Swami Vivekananda on his birth anniversary at Belur Math, the headquarters of Ramakrishna Mission. "We must always remember Swami Vivekananda ji's iconic saying 'give me 100 energetic youth and I shall transform India'. Our energy, and passion to do something, is necessary for change," he said.

"The last time I came here, I had taken the blessings of Swami Atmasthanandaji. Today he is not physically present with us. But his work, his path, will always guide us in the form of Ramakrishna Mission," said the PM during his speech at Belur Math.

PM Modi is the first Prime Minister to stay overnight at the Math in neighbouring Howrah district. The Prime Minister was received by senior monks of the order after he reached Belur Math on Saturday evening, taking the river route from Kolkata.