PM Modi meets Sheikh Hasina: The focus of the talks was to significantly expand the areas of cooperation between India and Bangladesh. 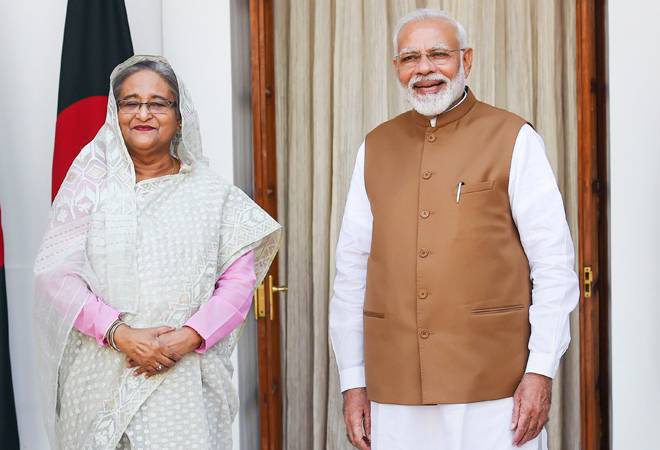 Speaking at the WEF India Economic Summit on Friday, Sheikh Hasina said that the strategic location of Bangladesh provided tremendous potential for becoming the economic hub of the region. Bangladesh could be a hub for connectivity, she said.

"The balance of trade, however, is still largely in India's favour. The volume of trade between two countries is nearly $10 billion. In 2018, Bangladesh was India's eighth largest export destination with $8.8 billion export and our export to India also crossed $1 billion mark for the first time last year. So, the progress is visible, but there is lot of scope for further deepening our relations in the area of trade and investment," she said.

The Bangladeshi Prime Minister arrived in India on a four-day visit on Thursday. This is her first visit to India since parliamentary elections were held in Bangladesh and India. Ties between the two countries have been on an upswing in the last few years.