These entities were in real estate businesses ranging from land acquisition, construction to budget homes. Sources suggest close to Rs 1,000 crore was made available in quick succession between April 2017 and October 2018 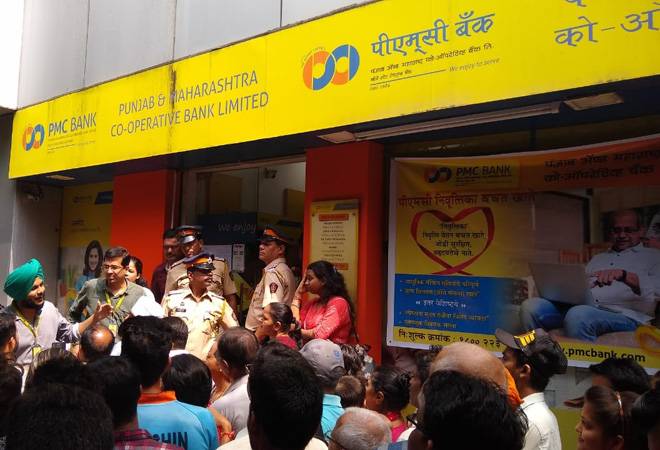 The Punjab & Maharashtra Cooperative Bank (PMC Bank) opened the bank's coffers in early 2017 to over half a dozen related entities of troubled real estate firm HDIL to save the company from going into bankruptcy.

These entities were in real estate businesses ranging from land acquisition, construction to budget homes. Sources suggest close to Rs 1,000 crore was made available in quick succession between April 2017 and October 2018. That was when HDIL was facing the wrath of state-owned banks for delay and default of loans. Mumbai based Union Bank of India was the first bank to drag the group for bankruptcy in August 2017 as one of its subsidiaries Guruashish Constructions defaulted on payments. In fact, PMC extended Rs 75 crore loan to Guruashish Constructions in April that year.

Three months later, Andhra Bank took HDIL to bankruptcy court for non payments of its NCDs. As the problem of HDIL was compounding in 2017, PMC Bank was liberally extending loans without taking into account the precarious position of the group or companies to whom the bank was extending loans. The bank, for instance, extended Rs 136 crore loan to Sapphire Land Developers which was consistently making losses. In fact, accumulated losses of Sapphire were more than the loan it secured from PMC Bank. This shows a complete failure of internal control and systems, as listed out by RBI as one of the reasons for putting the bank under the charge of administrator.

The other two reasons listed by RBI are financial irregularities and wrongdoing and under reporting of its lending exposure. RBI is already joining the dots to find out which all related entities of HDIL Group got money from the bank. Last week, the bank's suspended MD Joy Thomas admitted the beleaguered bank has an exposure of Rs 2,500 crore to HDIL Group. There are also unconfirmed reports of the bank's exposure touching Rs 6,500 crore to the group.

There are some who question the collateral furnished by HDIL for these loans and the valuation of the properties. "Most of the land given as security was in far away suburbs of Mumbai with not much valuation," say sources.

RBI which increased the withdrawal limit for depositors from Rs 1,000 to Rs 10,000 last week has a tough job at hand. The bank claims to have deposits of Rs 11,617 crore, loan book of Rs 8,383 crore and assets of Rs 13,619 crore. The books also show a very low level of NPAs. In the next six month, the RBI will come out with its report, but skeletons are already tumbling out from the bank's closet.