Pompeo's observations warrant attention, especially since India and the US have just announced higher tariffs on some items exported from respective countries in a sort-of tit-for-tat action. 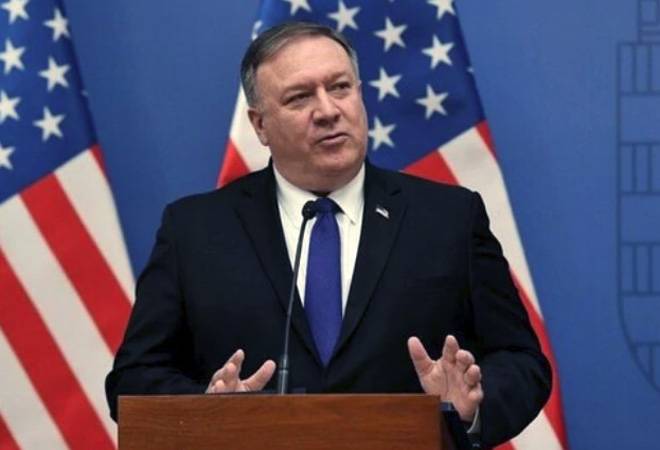 The India visit of Mike Pompeo, US Secretary of State, begins today with a meeting with his Indian counterpart S Jaishankar, Union Minister for External Affairs. And there is no doubt about the most obvious task before him -- set the ground for the high-level meeting of Prime Minister Narendra Modi and US President Donald Trump on the sidelines of G20 meeting in Japan later this week. But what are those topics that will be high on the bilateral agenda?

On June 12, Pompeo gave a sneak preview of his India mission while speaking at the 44th annual meeting of the US India Business Council (USIBC) in Washington, DC. His observations warrant attention, especially since India and the US have just announced higher tariffs on some items exported from respective countries in a sort-of tit-for-tat action. The future of India's trade relationship (read defence purchase) with Russia and Iran (oil trade), India's plans for localisation of digital data etc. are all issues where Washington's views are not in sync with that of New Delhi. Pompeo's remarks at USIBC though make it amply clear that even as hiccups remain, US has grand plans to engage with India in the coming days.

Pompeo says his government wants the world's most populous democracy (India) to partner with the world's oldest democracy (US) to maintain a shared vision for a free and open Indo-Pacific.

Stating that the Trump administration has already enabled American companies to export more high-tech items to India, including cutting-edge defence platforms like armed UAVs and ballistic missile defence systems, Pompeo said the US wants to help India raise private capital to meet its energy and security needs for years to come. Asia-EDGE programme was cited as an example.

Pompeo says that there are clear overlapping interests for both the countries, specifically, defence, energy and space.  "On defence, the first batch of Apache helicopters are coming off Boeing's production line in Arizona even as we speak. Lockheed Martin's F-21 and Boeing's F/A-18 are state-of-the-art fighters that could give India the capabilities it needs to become a full-fledged security provider throughout the Indo-Pacific", he points out.

On energy, he said the US wants to complete the Westinghouse civil nuclear project, and deliver more LNG and crude to India.  "These steps will give Indians reliable, affordable, diversified energy independence so they will no longer have to rely on difficult regimes like those in Venezuela and in Iran". Similarly, on space, he said NASA is already working with the Indian Space Research Organisation on the world's most advanced earth-observation satellite and India's second lunar mission.

Pompeo says that the India mission includes discussions on disagreements too.  "We'll probably discuss the recent decision on the GSP program. We remain open to dialogue, and hope that India will drop their trade barriers and trust in the competitiveness of their own companies, their own businesses, their own people, and private sector companies. We'll also push for a free flow of data across borders, not just to help American companies, but to protect data and secure consumers' privacy".

Speaking of privacy, Pompeo said the US was eager to help India establish secure communications networks - including 5G networks.

He said that it was just "a few things that sit on the tip of our tongue, at the top of our mind".  The message though was clear. It is a deeply important relationship, and these conversations will continue.

@SecPompeo, the official twitter handle of Pompeo tweeted later during that day: "We want to continue to move ahead, to build ever-stronger relationships & embrace the strategic framework that works for both our nations. Under the leadership of the @realDonaldTrump & @narendramodi Administrations, I look forward to exploring what's possible".

And that brings him to India.