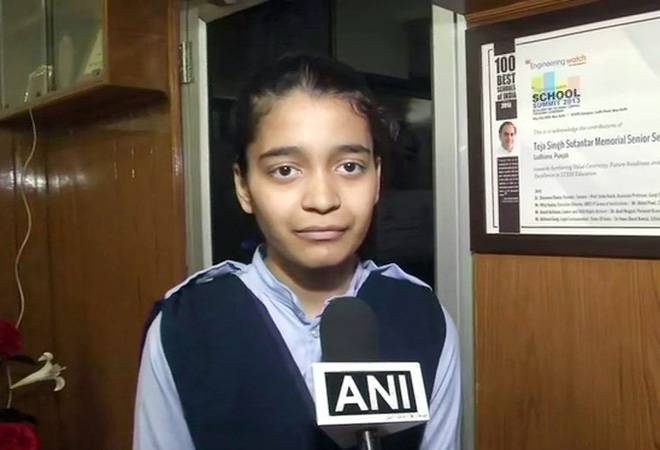 "I worked hard the entire year. I never studied under pressure, it is my hobby," said Neha Verma, who topped this year PSEB class 10 exam.

Punjab School Education Board (PSEB) declared Class 10 results on its official website pseb.ac.in yesterday. A total of 85.8 per cent students have passed PSEB Class 10th exam. Neha Verma from Teja Singh Sutantar school of Ludhiana has topped the Class 10th board exam by securing 99.54 per cent marks. Neha has scored 647/650 marks . The second and third rank holders are also from Ludhiana.

In an interview with ANI, PSEB topper Neha said, "I worked hard the entire year. I never studied under pressure, it is my hobby." Neha further said that she wants to be an IPS officer.

As per media reports, Neha Verma's father Pawan Kumar is a driver.

The third position was shared by seven students. They got 99.08 per cent marks each.

In the sports category, Nandini Mahajan of Bal Vidya Mandir school, Nangal, Ritika of BMC School in Ludhiana and Neeraj Yadav of TSSSS, Ludhiana have topped the Class 10 board exams.

Nandini Mahajan scored a full 100% marks in the sports category in the PSEB 10th result 2019.

This year around 3.80 lakh students appeared in the PSEB Class 10 exams.

Also read: PSEB Class 10th Result 2019: Punjab board to declare matric results at 11.30 am today; here's how to check

India to soon get its first Apple retail store in Mumbai