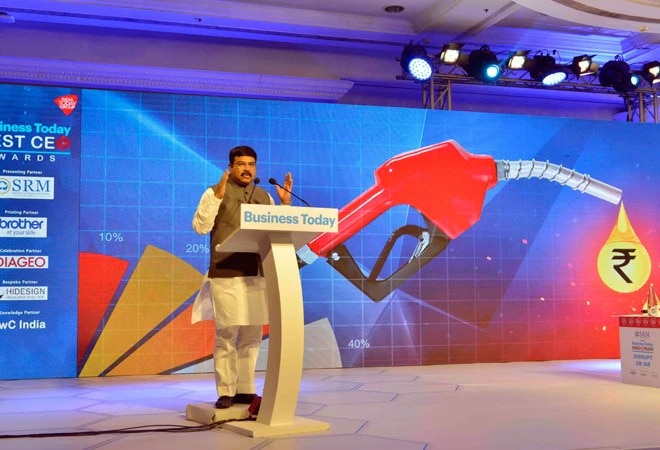 Defending state-owned companies, Union Petroleum Minister Dharmendra Pradhan has said the non-telecom public sector units (PSUs) such as Oil India, GAIL and PowerGrid do not owe any money to the Department of Telecommunications (DoT) and that its demand of nearly Rs 3-lakh crore in dues from them is a result of a  "communication gap". Notably, the pending dues pertain to leasing out of surplus optical fibre network by the PSUs, which was primarily used for their internal communications.

The DoT demanded dues worth Rs 1.72 lakh crore from gas utility GAIL India Ltd, Rs 48,000 crore from OIL, Rs 40,000 crore from PowerGrid and raised similar demands from RailTel and other public sector undertakings (PSUs) after the Supreme Court ruling on October 24 last year, which broadened the definition of adjusted gross revenue (AGR) for telcos to include non-core operations or non-telecom revenues.

Interestingly, the government's demand from state-owned PSUs is many times more than their net worth. Both GAIL and OIL India have already filed a petition in the Supreme Court against the DoT demand.

Pradhan said PSUs had approached the Supreme Court and were also in discussions with the DoT on the issue. "We are in discussion with the telecom ministry. We had given them our reply. Possibly because of a communication gap, one department of the Government of India has raised such a demand on PSUs under another government department," he said.

Bharti Airtel and Vodafone Idea have communicated to the telecom department that they will not pay AGR dues, the deadline for which ends on Thursday, and will wait for the outcome of modification petition listed for hearing before the Supreme Court next week. However, Reliance Jio, which was not a party to the case, paid-up Rs 195 crore to the DoT on Thursday, thereby clearing all its AGR dues till January 31, 2020. Telcos were collectively asked to pay AGR dues worth Rs 93,000 crore to the DoT.