Expansion of services activity in 2021 is particularly noteworthy as people overcoming fear of pandemic have shown a preference for enhanced mobility despite Covid-related risks, monthly report by ministry says 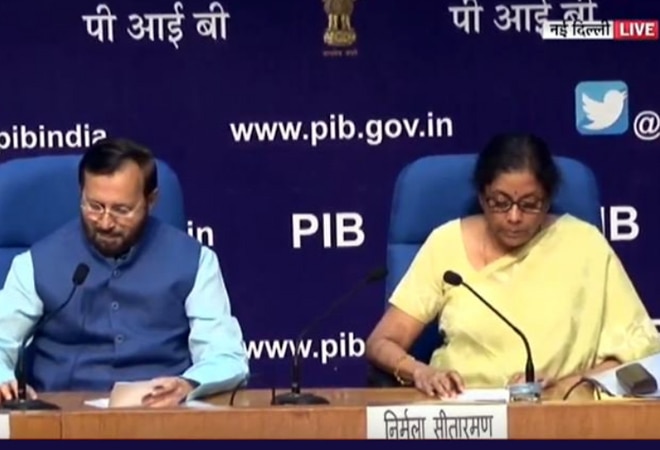 Economic activity in India has gathered pace, with mild stiffening of the COVID-19 curve failing to deter a steady uptick in consumer sentiment bolstered by the inoculation drive, the finance ministry in its February review of the economy has said.

The report says the positive GDP growth in Q3 FY21 -- for the first time since the onset of the pandemic -- adds to the positive sentiment. The ministry believes the economy is set to close the year with activity levels higher than measured in the second advance estimates of GDP.

The Reserve Bank's industrial outlook survey in Q3 had also reaffirmed this optimism, with respondents indicating a strengthening of production, order books and employment as lockdown curbs ease.

The expansion of services activity in 2021 is particularly noteworthy as people overcoming the fear of the pandemic have shown a preference for enhanced mobility despite Covid-related risks, the report said.

"The pick-up in construction activity, with its wide array of backward and forward linkages,  is slowly developing into a  critical growth lever. Agriculture continues to show robust growth and is instrumental in strengthening rural demand along with MGNREGS that has created 350 crore person-days of employment in 11 months of FY21, 41.6 percent higher than the corresponding period of FY 20," it said.

Notably, the 2nd advance estimates of national income  for FY21 recently released by NSO indicate real GDP contraction at  8  per  cent, which was larger  than  real  GVA  contraction  of  6.5 per cent. The ministry says this  is not a normal  occurrence. "Real  GDP  growth has been higher than real GVA growth  since  2011-12  when estimation of National Income in India moved  to a new base year," the report said.

It  said the automobile sales growth, supported  by  increasing  rural  incomes and rising preference for private transport, reassures demand  resumption. It has been strengthened by softening of inflation to a 16-month low of 4.1 per  cent in January.

"Strengthening of demand is further in evidence with imports continuously growing through December 2020 to February 2021," the report highlights.

Talking about the latest GST numbers, it said a sustained momentum in GST  revenue collection , with year-on-year growth of 7 per  cent, accounting for Rs 1.13  lakh  crore  in  February  shows uptick in business.

However, the growth of outstanding credit of scheduled commercial banks is just beginning to pick up, mainly directed at MSMEs on the back of emergency credit  line  guarantee scheme.

The rising coronavirus cases remain a concern. "A major downside risk to growth continues to be the pandemic induced morbidity and fatality that  has elevated  health stimulus as a key macroeconomic lever for India's continued economic recovery," the report said.

It said rapid  production  and  deployment  of  COVID-19  vaccination  will  be critical to taking forward the health stimulus deep into FY22 and India is well in position to do so, having become the largest producer of vaccines in the world.

The ministry report says there has been a surge in cases in  eight  states, underscoring  the  inevitability  of  social  distancing  in  keeping  the pandemic at bay until a critical mass of inoculated population builds up immunity to control the infection growth.

FDI in software, hardware up four times to $24.4 bn in Apr-Dec