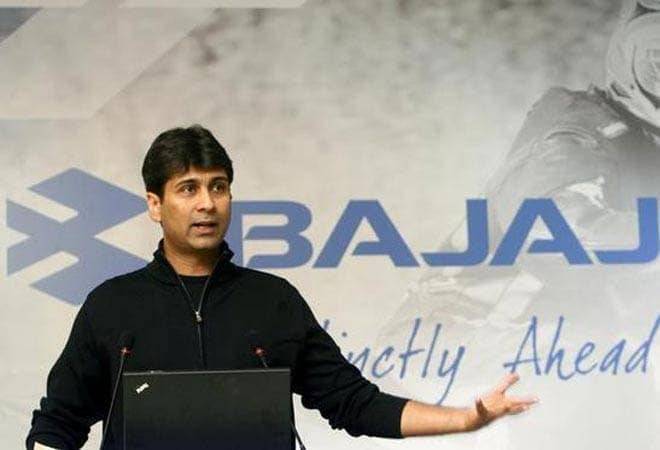 After industrialist Rahul Bajaj's remarks against the Modi government, his son and Bajaj Auto MD Rajiv Bajaj has called his father Rahul "uncommonly courageous" but said nobody (from the industry) wants to join him and that they "conveniently cheer from the sidelines". Senior Bajaj at an award function on Saturday in Mumbai had said there was an "atmosphere of fear" and people were afraid to criticise the government. He said the corporates lacked confidence that the government would appreciate any criticism.

In an interview with The Economic Times, his son Rajiv Bajaj praised his father for never shying away from speaking his mind. He, however, said he wasn't sure whether it was a proper platform to raise the "sensitive and subjective" issue. "Well a durbar to him (Rahul Bajaj) is like a red carpet to a bull!" junior Bajaj told the daily. "He revels in such an opportunity. Though personally, I'm not sure of the relevance of raising such a sensitive and subjective issue at a public function to celebrate corporate excellence," he said, the daily reported.

But, the junior's Bajaj's praise for his father came with a degree of circumspection. He said he had also read somewhere "courage is knowing that it may hurt and doing it anyway. Stupidity is the same. And that's what makes life hard".

He also said though he never had much interaction with government ministers and senior officials, he had also been criticised in February 2017 for speaking on demonetisation. He, however, said despite several industry people raising concerns over his statements back then, Union minister Nitin Gadkari and Niti Aayog chairman had immediately granted approval to Bajaj Auto's vehicle Qute, which was stuck with the Centre for the past 8 years.

Bajaj's fellow industrialist and Biocon MD Kiran Mazumdar Shaw has also criticised the Modi government, saying it doesn't want to hear "criticism". "Hope the govt reaches out to India inc for working out solutions to revive consumption n growth. So far we are all pariahs n govt does not want to hear any criticism of our economy," she tweeted.

Meanwhile, BJP ministers have come out strongly in support of the Modi government and accused Bajaj of spreading "false narratives". Finance Minister Nirmala Sitharaman, who was a part of the panel, comprising Home Minister Amit Shah and Commerce Minister Piyush Goyal, addressed by Bajaj, has said there's always "a better way to seek an answer than spreading one's own impressions". She also added that such remarks could hurt national interest.

"Home Minister @AmitShah answers on how issues raised by Shri Rahul Bajaj were addressed. Questions/criticisms are heard and answered/addressed. Always a better way to seek an answer than spreading one's own impressions which, on gaining traction, can hurt national interest," the Minister said.

Before this, the Congress party had also attacked the Modi government, saying Rahul Bajaj's sentiments were shared across the country. The businessman's remarks had come a day after former prime minister Manmohan Singh, delivering his valedictory address at a national conclave on the economy, said many industrialists told him they lived in fear of harassment by government authorities.