If social conflict and mutual suspicion rise, it will hurt the economy, said Chidambaram. He also warned against a constitutional crisis in states that are opposing the National Population Register 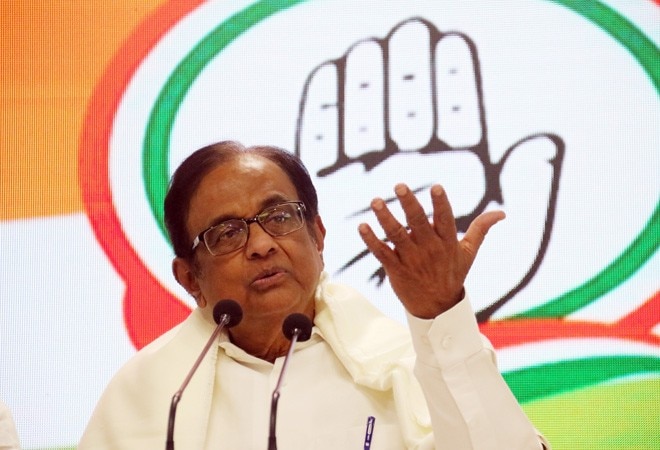 The former finance minister and Congress leader P Chidambaram has said that if the government goes ahead with rolling out the Nation Population Register (NPR) on April 1 against the wishes of 10-12 states, it will bring down the growth rate (of the economy) further. In September quarter of the financial year 2019-20, the GDP growth slipped to a six-year low of 4.5 per cent.

"CAA (Citizen Amendment Act) has created greater uncertainty. No economy will flourish if there is uncertainty in people's mind," Chidambaram told in an interview to Business Today.

ALSO READ:NPR to be buried if 10 more states rebel against it: CPI (M) leader Prakash Karat

CAA, which seeks to grant Indian citizenship to non-Muslim refugees from Pakistan, Afghanistan and Bangladesh who arrived in India before December 31, 2014, was passed by both the houses recently. Critics of the CAA have called it discriminatory as it specifically excludes Muslims from the said countries from getting Indian citizenship.

The first round of NPR was started in 2010 by the Congress-led United Progressive Alliance (UPA). It was later upgraded by the BJP-led National Democratic Alliance (NDA) in 2015.

According to Chidambaram, if the government rolls out the NPR across the states while a few states are resisting, there could be a constitutional crisis, particularly in those states.

ALSO READ:CAA & NRC IV: NPR has no independent existence; it exists only in the NRIC context

With so much conflict and confrontation, the economy will suffer, he adds.

The former finance minister said that the real growth rate of the economy is hovering around 3 per cent and not 5 or 5.5 per cent.

"The real growth of the economy comparable to the pre-methodology and pre-base change regime is perhaps about 3-3.5 per cent. This is not my view alone. Former chief economic advisor Arvind Subramanian feels the same," says Chidambaram.