While the CPI rise may be temporary, the retail inflation is clearly inching towards the RBI's targeted level of 4 per cent with plus and minus 2 per cent 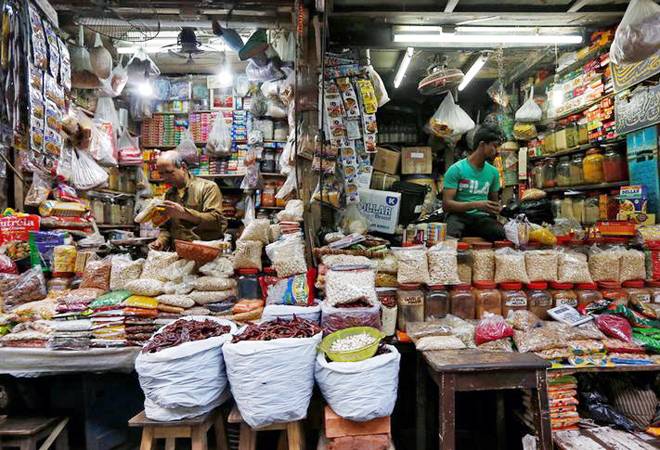 The consumer price index (CPI) has risen sharply by 71 basis points to 3.99 per cent in September on the back of higher food prices. This is not a good news for borrowers as the Reserve Bank India (RBI) targets CPI or the retail inflation and accordingly fixes the repo rate, which is the rate at which banks borrow short-term fund from the central bank.

While the CPI rise may be temporary, the retail inflation is clearly inching towards the RBI's targeted level of 4 per cent with plus and minus 2 per cent. Concerns are looming large on the fiscal deficit front, while rupee depreciation may also play a spoilsport in the future inflation trajectory.

The benign inflation last year encouraged the RBI to reduce the repo rate. The repo rate has been reduced by a massive 135 basis points to 5.15 per cent since January this year. There was an estimate of another 80-100 basis points cut in the repo rate because of lower inflation. The six-member monetary policy committee (MPC) should now be cautious. The next meeting of MPC is scheduled for December 5, 2019.

The RBI does its own calculations to predict the inflation. It has projected a CPI inflation of 3.5 to 3.7 per cent in the second half of 2019/20. The September print of 3.99 per cent is much higher than their projections. If it remains at the elevated level, the RBI will have to revise its inflation estimates. The projection for first quarter of 2020/21 is 3.6 per cent.

In June 2016, the RBI was mandated by the government to target 4 per cent inflation for the medium term with a band of +/- 2 per cent for a five-year period up to March 2021. The powers of the RBI governor to fix the interest rates were also shifted to a six-member MPC with the casting vote with the governor.

While there were lot of expectations around higher doses of rate cuts , the RBI Governor Shaktikanta Das had earlier said that India cannot go down to the level (of interest rates) of advanced economies because of an inflation target level of 4 per cent.

There is another danger to inflation from the fiscal slippages. The public sector borrowings have reached 6-8 per cent of the GDP that is quite large. This was earlier pointed out by the former RBI deputy governor Viral Acharya in one of the MPC meetings before he quit the central bank. Ideally , the RBI should take a combined view of things to see the fiscal slippages.

Although the RBI governor has said that he believes in the government's commitment to adhere to fiscal deficit target of 3.4 per cent of GDP for 2019/20, the slowdown in the economy and recent corporate tax cuts have created fresh troubles on the fiscal deficit front. There is a likelihood of fiscal deficit slipping to 4 per cent.

A higher fiscal deficit would be inflationary for the economy.

The market is still wondering how the government is going to bridge the corporate tax cut loss of Rs 1.45 lakh crore in 2019/20. The GST collections are also not on the expected lines. There is some headway in non-tax revenues, especially on the disinvestment front. The government has targeted a divestment of Rs 1 lakh crore for 2019/20, but everything depends on the actual fund mobilisation. The government is also banking on the RBI for interim dividend. The only additional item is Rs 58,000 crore that has come from the RBI as surplus capital.