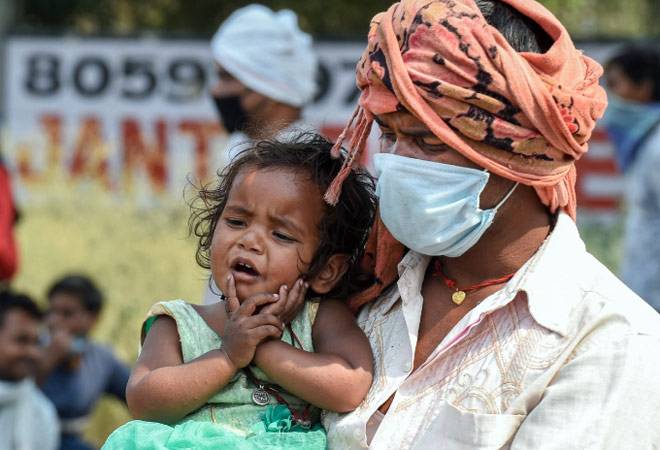 According to the Central government, till June 3, over 4,200 'Shramik Special' trains have been deployed to transport migrant workers to their native places

The Supreme Court, on Tuesday, directed the Centre and state governments to identify stranded migrants and send all of them to their native places with the next 15 days. A bench of Justices Ashok Bhushan, Sanjay Kishan Kaul and M R Shah asked the Union government to provide additional trains within 24 hours to send migrant workers back to their hometowns.

The top court, which pronounced its order through video conferencing, has also directed authorities to consider withdrawing all cases against migrant labourers for alleged violation of lockdown rules under the Disaster Management Act.

Additionally, the apex court asked the state governments to consider granting counselling to migrant workers, who have returned to their homes. It also directed authorities to provide them with employment opportunities as per their skill sets. "Employment relief needs to be mapped out and skill-mapping of migrant labourers needs to be carried out," it said.

On May 28, the Supreme Court had directed that the migrant workers wanting to return to their home states will not be charged train or bus fares. It also asked concerned authorities to provide free of cost food to the labourers.

The bench, which posted the matter for further hearing on July 8, said the schemes for welfare and employment of migrant workers should be publicised adequately. The SC has taken note of the submissions of the Centre and the state governments on steps taken so far to mitigate the miseries of the migrant workers stranded across the country during the nationwide lockdown.

The Centre has claimed it has done its "best" to alleviate miseries of migrants. According to the Central government, till June 3, over 4,200 'Shramik Special' trains have been deployed to transport migrant workers to their native places.

And, over one crore stranded migrant workers have been sent to their destinations, the Centre added. Further, the union government has asked states to give details about the leftover migrant workers that need to be shifted.

Solicitor General Tushar Mehta, appearing for the Centre, had assured the court that trains required are being made available to the concerned states and they would be provided in the future as well when demands are raised.

The counsel for states, including Gujarat, Delhi, Uttar Pradesh, Bihar, Karnataka, West Bengal and Kerala, had given data with regard to migrant workers to the court.

According to counsel for Gujarat, "Out of 22 lakhs, 2.5 lakhs migrant workers are remaining". Delhi counsel has stated that less than 10,000 stranded migrants were left in the national capital who were willing to go back to their hometowns.  Counsel for the Uttar Pradesh government had said that over 100 special trains were used for transporting people back to the state from various parts of the country.