What is single-use plastic, and how does it harm the environment 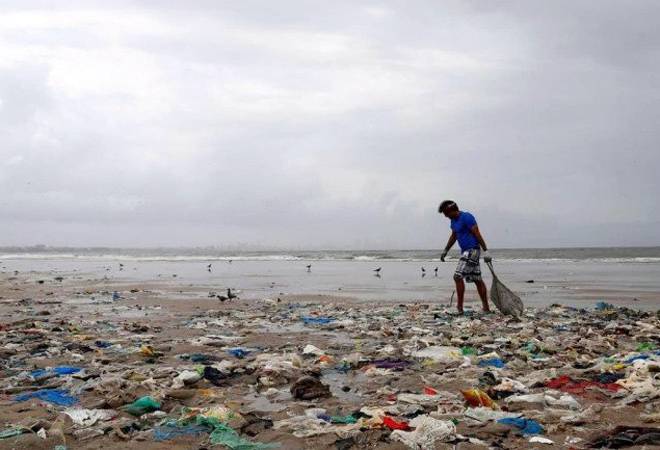 Prime Minister Narendra Modi-led government Wednesday is likely to crack down on single-use plastic, paving the way for India to become plastic free by 2022.

Prime Minister Narendra Modi-led government Wednesday is likely to crack down on single-use plastic, paving the way for India to become plastic free by 2022. The initiative is expected to be launched on the 150th birth anniversary of Mahatma Gandhi.

But, what is single-use plastic? Here's an insight:

According to World Wildlife Fund (WWF), plastic is harmful to the environment as it is non-biodegradable, takes years to disintegrate.Single-use plastics slowly and gradually break down into smaller pieces of plastic known as microplastics.

It can take thousands of years for plastic bags to decompose, thus contaminating our soil and water in the process. The noxious chemicals used to produce plastic gets transmitted to animal tissue, and finally, enter the human food chain, the WWF claims.

It has a big impact on wildlife too.

Birds usually confuse shreds of plastic bags for food and end up eating the toxic debris. Fish consume thousands of tons of plastic in a year, ultimately transferring it up the food chain to marine mammals.

WWF further claims that a person could be consuming 5 grams of plastic a week. Plastic kills an estimated 1 million sea birds every year and affects around 700 species which get infected by ingesting plastics.

Also Read: Ban on single-use plastic: What products, industries will be hit?

According to Un-Plastic Collective Report, an estimated 8.3 billion tonnes of plastic has been produced since the early 1950s, about 60% of which has ended up either in a landfill or the natural environment.

India alone generates 9.46 million tonnes of plastic waste every year, around 43% of which comprises single-use plastic. It poses a mammoth  problem for India since 40% of plastic waste remains uncollected.