The SBI Ecowrap report expect FY20 growth rate to decline below 6 per cent as against a Reserve Bank of India projection of 6.1 per cent 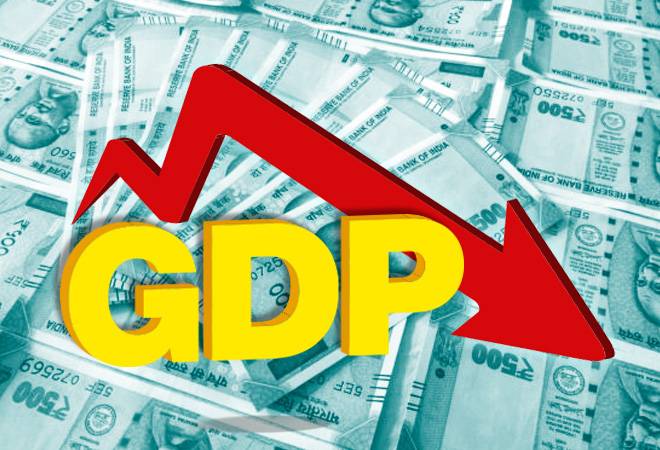 The RBI has also cut its forecast for FY20 GDP growth rate to 6.1 per cent from 6.9 per cent

India's Gross Domestic Product (GDP) growth is likely to slow further in the July-September quarter of this financial year to below 5 per cent amid decline in consumption, weak investments and an under-performing service sector, says a SBI report. The report also expect FY20 growth rate to decline below 6 per cent as against a Reserve Bank of India (RBI) projection of 6.1 per cent.

GDP growth had last slipped below the 5 per cent-mark in January-March quarter of 2012-13 when it had touched 4.3 per cent.

"We are less hopeful of a growth pick up in Q2FY20. Out of 26 indicators, only 5 indicators were showing acceleration in September. This indicates the extend of demand slowdown in the economy is still significant and would take longer time to recover...If we map the leading indicators showing acceleration, there is a distinct possibility that growth in GDP in Q2 will be lower than 5 per cent," according to SBI Ecowrap report. The report, however, expects a pick up in growth during the second half of the current fiscal.

"Our base case projection is a modest Q3 growth revival with an inventory drawdown beginning to happen more forcefully from October onwards and an accelerated Government spending (Rs 3.1 lakh crore in September which is 20 per cent of overall spending) to clear outstanding dues," it added.

Various economists and surveys have predicted a decline in the GDP for the September quarter. Nomura has pegged GDP growth to be below 5 per cent in the second quarter of the financial year 2020. Global rating agency Moody's Investors Service has cut GDP growth forecast for 2019-20 to 5.8 per cent from the earlier estimate of 6.2 per cent. The International Monetary Fund (IMF) has lowered GDP growth projection for the year 2019 to 6.1 per cent, which is 1.2 per cent down from its April projections.

The RBI has also cut its forecast for FY20 GDP growth rate to 6.1 per cent from 6.9 per cent, taking into account the lower-than-expected growth rate for Q1FY20. During the April-June quarter of this fiscal, India's economy grew by merely 5 per cent, down from 5.8 per cent in the previous quarter.

"The sectoral data for the month of September 2019 indicates that for the first time in current fiscal credit to industry turned positive and jumped by Rs 9,700 crore, of which Rs 8,200 crore is attributable to MSME sector. In September, the jump in retail credit at Rs 51,900 crore was nearly double that of August, of which housing loans jumped by 2.6 times in September vis-a-vis August. Bank lending to NBFC sector has remained robust and the YTD growth of such is highest across all segments at 11.3 per cent," the report noted.