Addressing the gathering at the Collectorate after reviewing the measures taken to combat the COVID-19 pandemic, the Chief Minister said the state was making big strides in agriculture and healthcare despite the pandemic 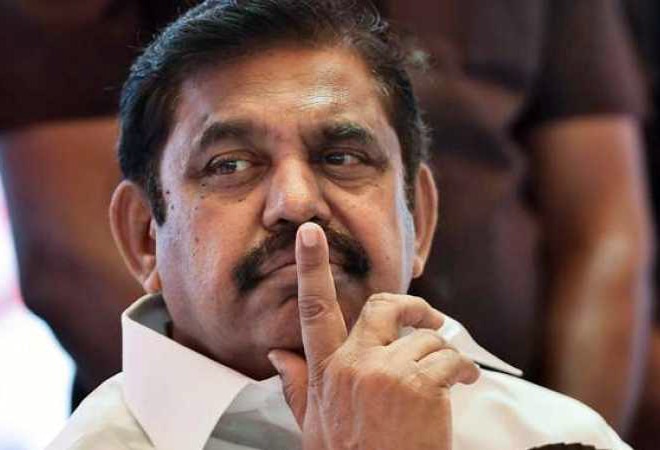 A mega food processing park would be set up at Nagapattinam at a cost of Rs 1,000 crore,Chief Minister K Palaniswami said on Thursday.

Addressing the gathering at the Collectorate after reviewing the measures taken to combat the COVID-19 pandemic, the Chief Minister said the state was making big strides in agriculture and healthcare despite the pandemic.

"All agricultural activities are now going on without any disruption," he said.

Amid the pandemic, about 28 lakh tonnes of paddy has been procured from the farmers in Cauvery delta districts, which is a historic achievement, he said,adding, this was 5 lakh tonnes more when compared to the last year.

He pointed out that desilting work was meticulously carried out in delta districts ensuring the free flow of Cauvery water to tail-end areas.

"Infrastructure facilities have been improved to a great extent.

Poor people now get easy access to high-quality healthcare in the state," he said and added that a new medical college with a modern hospital was being constructed at Nagapattinam at a cost of Rs 365 crore.

Referring to the formation of the Mayiladuthurai district bifurcating Nagapattinam, the Chief Minister said that public hearing was now being conducted and the new districtwill start functioning soon.

Stating that the state was attracting investors even during the pandemic, Palanisami said that the government was firmly focused on employment generation on a large scale.

He also announced that a mega food processing park would be set up in Nagapattinam at a cost of Rs 1000 crore, which will generate employment opportunities in this region.

He further said that a textiles park would also be set up in Nagapattinam district.

In higher education enrolment too, Tamil Nadu has made significant improvements during the past 9 years, he said.

Claiming that the government had taken all steps to combat COVID-19 and control its spread, the Chief Minister pointed out that Tamil Nadu was now ranking first among the states in India in terms of the number of tests conducted per day and the cure rate.

He also chaired a consultative meeting with farmers, entrepreneurs and members of women self-help groups.

The Chief Minister is scheduled to hold review meetings at Tiruvarur and Thanjavur districts on Friday.

Defence sector should focus on self-reliance and 'making for the world': Rajnath Singh