Tax on alcohol: Why more states will increase liquor prices

According to the Reserve Bank of India's 'State Finances: A Study of Budgets of 2019-20' report published in September 2019, the levies on alcohol make-up on an average 10 to 15 per cent of States' Own Tax Revenue (SOTR) for the majority of states 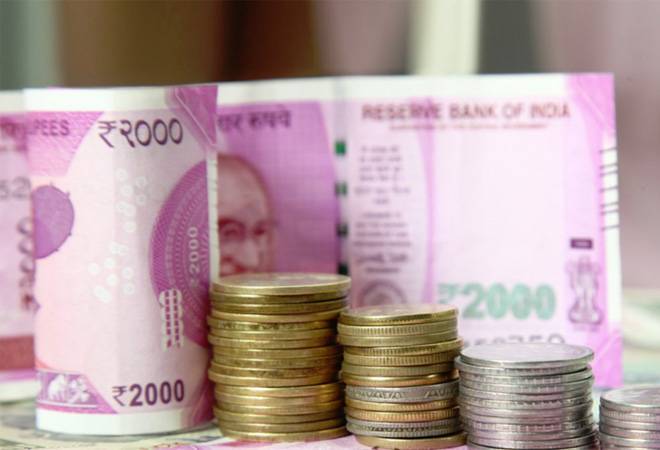 India is under lockdown since March 25

The opening of liquor shops after a 40-day gap brought cheer for states starved of funds amid the ongoing coronavirus lockdown. Seeing large crowds at shops, it became clear why liquor sales are crucial for states to boost their revenues. The serpentine queues of the tipplers on Monday also opened an opportunity for the states to increase prices and earn additional revenue. While the Delhi government announced a 70 per cent increase (special corona fee) across categories, Andhra Pradesh ordered two successive hikes. The southern state cleared  50 per cent hike in maximum retail price (MRP) on Monday after a 25 per cent increase on Sunday. Even Punjab, one of the highest per capita consumers of liquor in India, is mulling a hike, sources said. The state is actively considering a 'special corona charge' on liquor for a specified period to rake in more revenue.

Liquor sale is crucial for states

The revenue receipts from state excise come mainly from commodities such as country spirits; country fermented liquors; malt liquor; foreign liquors and spirits; commercial and denatured spirits and medicated wines; medicinal and toilet preparations containing alcohol, opium; opium, hemp and other drugs; Indian-made foreign liquor (IMFL); spirits, and sales to canteen stores depots. Other than this, a substantial amount is added to the state coffers from licences, fines and confiscation of alcohol products.

The share of alcohol in the earnings is over 20 per cent for five states including Karnataka and Rajasthan, a report by Indian Ratings & Research (Ind-Ra), a  subsidiary of Fitch Group, said. Uttar Pradesh, Punjab, Madhya Pradesh and four other states earn 15 to 20 per cent from liquor and three states including Andhra Pradesh and Odisha earn 10 to 15 per cent. In case of states, liquor sales is part of a pool comprising State Goods & Services Tax (SGST), VAT or Sales Tax on petrol-diesel-jet fuel, stamp and registration and electricity duty.

According to the Reserve Bank of India's 'State Finances: A Study of Budgets of 2019-20' report published in September 2019, the levies on alcohol make-up on an average 10 to 15 per cent of States' Own Tax Revenue (SOTR) for the majority of states. It makes liquor levies the second largest contributor to state exchequer. SOTR, a share in central taxes as per finance commissions recommendations, SONTR (States' own Non-Tax Revenue) and grants from the centre are the sources of revenue for the state government.

The average share (FY18 to FY20(BE))of SOTR in revenue receipts is around 46 per cent and it's the same in central taxes. On the other hand, the share of SONTR and grants is 26 per cent. In fact a whopping 90 per cent of SOTR is generated from five revenue heads -- state VAT (mainly petroleum products, 21.5 per cent), taxes on property and capital transactions (11.2 per cent), state excise(mainly liquor, 11.9 per cent), tax on vehicle (5.7 per cent) and state goods and services tax (39.9 per cent). During the lockdown period, SOTR has declined significantly, barring some sale of petroleum products and state goods and services tax on non-discretionary spending.

Since both alcohol and petroleum are crucial revenue contributors, states fought tooth and nail with the central government to keep the items out of the GST-ambit. The revenue generated from liquor depends on the volumes sold. That's why a state such as Uttar Pradesh, with low per capita consumption of liquor due to lower per capita income levels, rakes in high revenue from sales. In 2019, Uttar Pradesh made a whopping Rs 25,000 crore from liquor.

Coincidentally, Uttar Pradesh which has more than 25 large alcohol production units freed liquor manufacturers from the lockdown and asked them to start manufacturing alcohol based hand sanitisers and commence building liquor stocks for the future a couple of weeks ago. There is a market logic behind this move by the Uttar Pradesh government. The liquor is sold legally through government units or units which win contracts from the government. Many states have an annual contract system which expires at the end of March, and from April 1 new entities ake over.  That's why, stocks with the outlets are down to the lowest point in a year by March end and replenished by April. However, the stocking could not take place after the lockdown was ordered on March 24. The experts say that the Monday rush at liquor stores was not just due to desperation among buyers but also because of low availability of stocks.

Seventh schedule of Indian Constitution lays down various items for Union List, State List and Concurrent List.  Since states were clamouring for opening of liquor stores during the 40 days of lockdown, the Union Government, in latest guidelines, lifted the ban on opening of liquor shops in all zones, barring containment zones in red, orange and green zones along with some riders. Based on the demands from the states, the  central government allowed sales at standalone shops with social distancing. The halt in economic activities has drastically reduced the SGST and VAT earnings of states. It implies that  liquor is the only option to provide some relief to state finances

Even as the liquor manufacturers and sellers are relieved at the partial lifting of lockdown, they aren't really jumping with joy. They claim April 2020 has been a washout. A senior functionary with a liquor major said,  "there will be no rise in liquor sales, so growth prospects would be hurt. With too many restrictions on movement, a new set of people would not get introduced to the list of liquor buyers or consumers. Plus malls, shops in markets and pubs are still shut. This along with the curbs on the hospitality sector like hotels will continue to impact sales."

A liquor shop owner in Noida added,"There are queues outside the shops. Don't go by the rush outside shops. Many people are still not coming or as they do not like the idea of being seen standing for liquor due to various social reasons".