The last two meetings - on October 23 and November 19 - are indicators that the RBI board from now on will play a more active role in the workings of India's central bank. 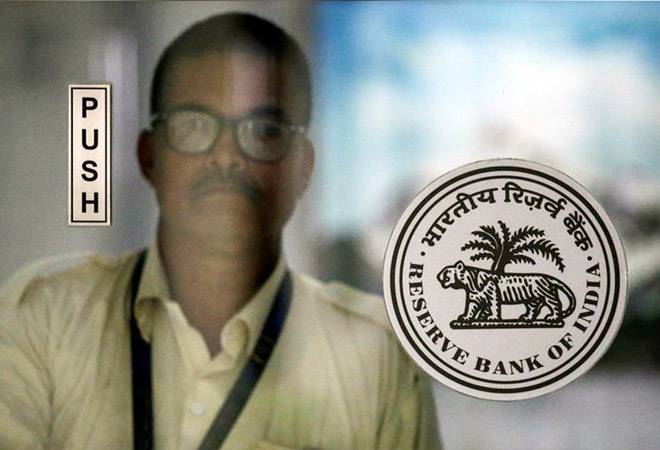 The RBI board meeting on November 19 at its Mint Road office in Mumbai, has set a new precedent for the functioning of RBI. In fact, the last two meetings - on October 23 and November 19 - are indicators that the board from now on will play a more active role in the workings of India's central bank.

The RBI board can have 21 directors - this includes governor, four deputy governors, two government nominees, four from RBI's regional boards and ten appointed by the government. However, unlike companies, the concept of the independent director does not exist in the RBI Act. The four deputy governors and two government nominees do not have voting rights; in the case of a tie, the governor has the casting vote. In RBI's history, no resolution has ever been put to vote. But now, the new set of directors backed by Centre are confident that if push comes to shove, they have a decent majority.

In August, non-functional director S Gurumurthy surprised everyone by agreeing to take up the post in the board. According to reports, he was backed by Prime Minister Narendra Modi and Finance Minister Arun Jaitley. In fact, people who know Gurumurthy say that he accepted the position as he was a vehement critic of the erstwhile Governor Raghuram Rajan and the way he was dealing with various issues, including his reluctance to push small lending. He was accompanied by Satish Marathe, another RSS affiliate and corporate banker, Sachin Chaturvedi, a trade economist, and Manish Sabharwal of Teamlease; all of them have RSS backing. Subsequently, Nachiket Mor was reportedly sacked from the board on the complaint of RSS affiliate Swadeshi Jagran Manch. And subsequently, his resignation from regional board of central board too was accepted.

In the last meeting, it has been established that central bank's autonomy has to be seen from the context of the RBI board shifting from its traditional advisory role to a more active supervisory role. Since this implies a cultural change, there is also a possibility that the battles between the officials of the finance ministry and the RBI can now shift to the board members and central bank officials.

"Earlier, deputy governors (whose agenda was listed) would make a presentation and apprise us of the current scenario and they took note of our suggestions," an RBI board member told Business Today. However, in the meeting on October 23, Gurumurthy along with the other directors rallied together and insisted on implementation of the discussion. "This was one of the biggest irritants for many who wanted the status quo," he added.

Another board member told Business Today that during the meeting on November 19, many corporate honchos on the board intervened and picked on RBI's presentations about the stress in the MSME segment.

This has been a consistent policy of PM Modi-led regime, which pushes the independent directors at public sector enterprises to ask uncomfortable questions to the management. Now, it seems the same approach has been taken at the RBI too.

According to another director, during the second meeting, besides the RBI representatives, the government nominees and their agenda were also at the receiving end of this set of 'influential' directors. This includes the constitution of the panel for the economic capital framework. While the government nominees were pushing for the name of a former RBI governor, the set of directors backed RBI's choice of a former deputy governor. Later, it was decided that the RBI governor Patel will sit with the Finance Minister Jaitley to decide the composition of the committee, which may include some external experts. "The meeting was cordial, comprehensive and focused. This is a good beginning to discuss things related to RBI," the RBI board member told Business Today.

Gurumurthy was the most vocal member in both the meetings, and along with other directors insisted on functioning as per the RBI Act. Gurumurthy constantly pushed for the restructuring of the loans of small and medium enterprises, which were opposed by the Governor and two of his deputies. In the first week of November, Governor Urjit Patel met PM Modi along with Jaitley. They both reportedly conveyed to him that he needed to resolve the issue at the board meeting rather than escalating it in the public domain. At the greenroom, BJP chief Amit Shah also put his weight behind to ensure that most directors back efforts to make the RBI board more empowered.

This was different from RBI's current way of functioning. Earlier, the governor of the central bank was expected to work on behalf of the government. Most of his predecessors YV Reddy, Bimal Jalan, D Subbarao all came to RBI from the South Block of Raisina Hill and were career bureaucrats. Subbarao had tiffs with the then Finance Minister P. Chidambaram, as government and RBI chief were not on the same page on interest rate corrections. He didn't hide his frustration, after the October 2013 monetary policy, when he made the comment: "Growth is as much a challenge as inflation. If the government has to walk alone to face the challenge of growth then we will walk alone." Subsequently, Subbarao captured his differences with the finance minister in his book, Who Moved My Interest Rate.

Now a precedent has been set. Centre's representatives believe this would be in the interest of the nation. And that it will make the central bank more accountable. This meeting was the beginning of setting up a new culture at RBI. That's the message that was driven home.