An inside story of how Paytm-Google fiasco unfolded 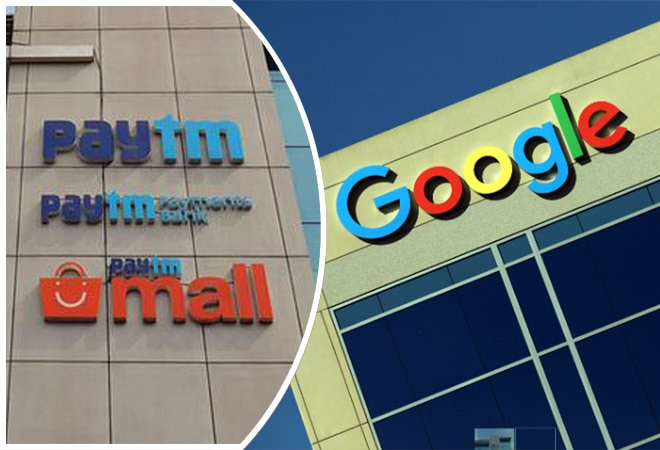 On September 18, the payments and financial services app Paytm was temporarily removed from the Google Play Store. But the app was back within a few hours after Paytm removed the UPI cashback and scratch card campaigns from its platform. This, according to Google, was akin to promoting gambling. Paytm has now blamed Google for not offering a level-playing field. The issue escalated after Federation of Indian Fantasy Sports (FIFS) asked for clarity from the Google on what is allowed on the Play Store for the fantasy sports industry.

In an interaction with Paytm spokesperson, Business Today learns that a series of events had happened before the Paytm app was delisted from the store.

August 28 - The Google Play Support team once again reached out to Paytm, informing them about the violation that Paytm cannot mention Paytm First Game name on the app. The company says that it instantly followed that.

September 1 - This was the third time when Google support team reached out to Paytm for a small violation. And as Paytm complied with the requirements, the issue was resolved, says the Paytm spokesperson. "While we strenuously disagreed with the allegation that we are breaching the policy (and we disagree with the policy itself too), we immediately complied with the diktat that barred us from promoting our gaming subsidiary," Paytm wrote in its blog post.

September 18 - In the afternoon of September 18, Paytm received communication from Google that the Paytm app is being suspended because of the violation of Play Store policies on gambling. The communication stated, "Your app contains content that doesn't comply with the Gambling policy as it offers games with "loyalty" (e.g. engagement or activity) points that (1) are accrued or accelerated via real-money purchases which (2) can be exchanged for items or prizes of real-world monetary value." Post this, the Paytm Android app was unlisted from Google's Play Store and was temporarily unavailable to users for new downloads or updates. To get the app back Paytm had temporarily removed the cashback component to meet the Play Store policy requirements.

Clarifying its stance, Paytm says, "We maintain that our cashback campaign was within guidelines, as well as all the laws of the land. We did not break any rules and there was no violation. It is not related to gambling in any manner whatsoever. We wish to make it clear that driving traffic or promoting fantasy sports is not gambling!"

Paytm has accused Google of not offering a level-playing field by forcing it to remove the cashback campaign while it continues to run one on the Google Pay app.

Google, speaking to Business Today, clarifies, "Offering cashbacks and vouchers alone do not constitute a violation of our Google Play gambling policies. Last week we reiterated our Play Store gambling policies. Our policies don't allow online casinos or support any unregulated gambling apps that facilitate sports betting, including daily fantasy sports in India. We enforce our policies very thoughtfully to provide a safe and secure experience for consumers, while also giving developers the platform and tools they need to build sustainable businesses. In the case of repeated policy violations, we may take more serious action which may include terminating Google Play Developer accounts. Our policies are applied and enforced on all developers consistently." Sources at Google also confirmed that it wasn't just the cashback campaign but a series of violations by Paytm that led to delisting of the app.

While fantasy sports have been a fast-growing segment in India, the laws governing e-sports have not caught up pace.  Although some states have specific legislation, mostly judgements from various courts are what shaping the laws in this space. For instance, the judgement in 2017 by the High Court of Punjab and Haryana in the case of Shri Varun Gumber v. Union Territory of Chandigarh and others, which specifically looked into the online gaming fantasy cricket gaming format of Dreams 11,  said that it required considerable skill, judgment and discretion and was  'games of skill' and that it did not amount to gambling. While most Indian states separate the skill v/s chance games, in states such as Telangana which prohibits risking of money of uncertain event, Sikkim, on the other hand, restricts legal online betting in online gaming and sports to physical premises under licenses issued by the state.

Although this judgement along with similar others from various high courts hold fantasy sport to be game of skill and not gambling, each game format needs to pass the tests laid down by these courts to prove that they are kosher.