While the intent to spend is definitely there, consumers in the COVID normal are going to be far more cautious than ever before, given the large scale job losses and pay cuts 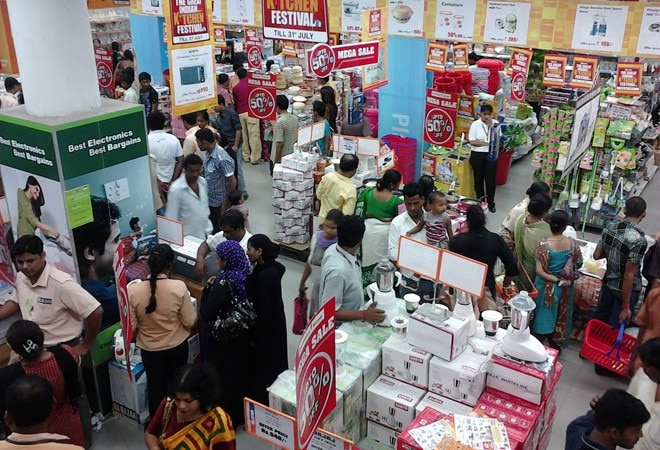 The average Indian is more than eager to revert to pre-lockdown lifestyle and the urge to do so is much higher among those who live in Tier II, III towns and in rural areas. Those living in cities, especially in the metros, are still wary about breaking out of their restricted lifestyle. With Tier II, III India relatively less impacted by the pandemic, the consumers' urge to bounce back is obviously higher. According to a recent KPMG report 'Time To Open My Wallet Or Not', 51 per cent respondents said that the impact of COVID-19 will be short-lived and normalcy was not far away. The respondents living in Tier II and III towns were 1.9 times more positive than those living in Tier-I cities. The report says that 22 per cent consumers in Tier-II and 30 per cent consumers in Tier-III cities felt that their spending would either increase or remain the same as prior to COVID-19. The optimistic consumer sentiment, especially in smaller markets, has come alive even in the Q1FY21 results of FMCG majors, where there is a clear trend of a consumption revival in rural markets. In fact, a large part of FMCG major HUL's 7 per cent growth in Q1FY21 is courtesy the rural markets. "Rural is no longer less that urban. With MNREGA spends going up, free food given by the Government and a good harvest, has helped rural India to bounce back," Sanjiv Mehta, Chairman and MD, HUL, had said in the company's Q1FY21 results conference.

While the intent to spend is definitely there, consumers in the COVID normal are going to be far more cautious than ever before, given the large scale job losses and pay cuts. The KPMG report says that 78 per cent of the respondents claimed that they have reduced discretionary spending. While consumers between the age-band of 20 and 30 years were far more open to discretionary spends, 82 per cent women and 76 per cent men said that their spending habits had considerably reduced through the lockdown. "In the next three months, 49 per cent respondents intend to spend upto Rs 5,000, across categories which makes this the most popular basket value and indicates that consumers are cautious about spending," points out Harsha Razdan, Partner and Head - Consumer Markets and Internet Business, KPMG in India.

The rising cases of coronavirus in India have obviously heightened the safety concerns of consumers. Around 68 per cent of respondents of the KPMG study expected safety precautions to be priority. Respondents between the age groups of 41-50 were more concerned about hygiene at stores (73 per cent) and social distancing (74 per cent). This makes it important for consumer goods companies and retailers to develop their online presence and last-mile logistics and delivery capabilities, and manage supply chain hygiene across all levels. "With the advent of a strong digital wave, it will be important for companies to adapt to the situation quickly and continue to innovate keeping consumers at the centre of their plans," points out Razdan. For instance, an apparel brand could benefit by setting up virtual trial rooms. The fear of infection has kept consumers away from trial rooms at stores. A consumer or retail brand which succeeds in winning consumer trust could go a long way.

The phrase "contactless" has become a way of life in not just metros but also in smaller cities and towns. Gone are the days when a retailer in Ajmer or Gwalior would insist on cash payment. Around 85 per cent of the respondents of the KPMG study said that they preferred contactless modes of payment over cash. In fact, the report says that Tier II, III consumers were more inclined towards contactless payment, i.e. UPI and online wallets than Tier-I consumers.