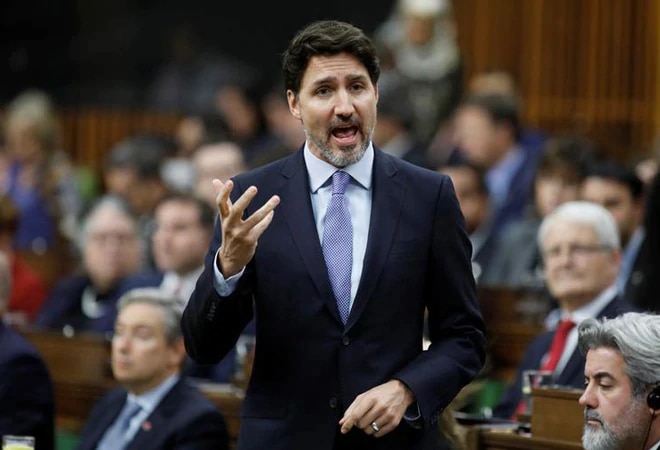 Canada's support to Indian farmers who are demanding legal provisions to ensure minimum support price (MSP) for all crops is in sharp contrast with its consistent stand at the World Trade Organisation (WTO) against such support measures offered by India.  The country's response should have been just the opposite as the recent farm legislations enacted by India would have actually served to allay many concerns raised by Canada and other WTO members countries regarding India's agriculture policies.

In other words, Canada should have supported the Central government's new laws that liberalise agricultural produce trade and encourage market forces to decide prices of farm produce rather than government fixed MSP -- a decision that has triggered the farmers' protest currently.  In fact, there is ample evidence to prove that Canadian Prime Minister Justin Trudeau's comments on the on-going farmer protests in India are at odds with Canada's aggressive posture at the WTO towards India's agricultural support to its farmers.

Canada is a member of the Cairns Group of Agriculture Exporters, whose main objective in agriculture negotiations at the WTO is to seek increased market access for their agri-exporters, particularly in large markets such as India. The Cairns group wants to enhance its market access in such countries by making them get rid of domestic agriculture subsidies that are provided to local producers, even if these are subsistence-level.

Similarly, the Cairns group criticises all import-restricting measures at the WTO and seeks a reduction in the tariffs that countries such as India apply on imports of agricultural products. For example, Canada has always been a critic of India's quantitative restrictions on the imports of pulses as Canada, along with Russia and Australia are the major WTO members from which India imports bulk of its pulses. India has been defending its public procurement at MSP and high tariff of certain agricultural produce as a means to ensure the livelihoods of its small and marginal farmers.

Interestingly, Canada has raised 65 questions against India's agricultural policies at the Committee on Agriculture (CoA) in the last four years. The CoA, which oversees the implementation of the WTO's Agreement on Agriculture, monitors how the WTO members are complying with their commitments under that agreement. The questions pertained to different subjects, ranging from India's MSP-based market price support policies for agriculture products to India's public stockholding programmes for food security to  India's trade policies on pulses. The key questions raised by Canada included the potential impact on the global market of India's high volume of food stocks, and whether India is breaching its support limit for other farm goods, given that India recently notified exceeding its de minimis support for rice in 2018-2019.

Incidentally, developing countries, including India, have been proponents for reforming the WTO's Agreement on Agriculture (AoA) by eliminating the existing asymmetries in it. One of the main agendas before the developing countries has been the elimination of the most trade-distorting form of subsidies known as FBT AMS subsidies, which are available to only 32 (which includes Canada) out of the 164 WTO members. However, due to opposition by the beneficiaries of FBT AMS entitlements, WTO Members have failed to reach a consensus on eliminating the existing imbalances in the AoA. If Canada has genuine interests in the welfare of Indian farmers, it should reverse its position at the WTO, where it can make a difference.

COVID-19 vaccine: WHO aims to distribute 500 million doses via COVAX scheme in 2021