Some Twitter users didn't take the Twitter CEO's endorsement of the remarks against Brahmins in a good way, and some asked why he chose to target one particular community. 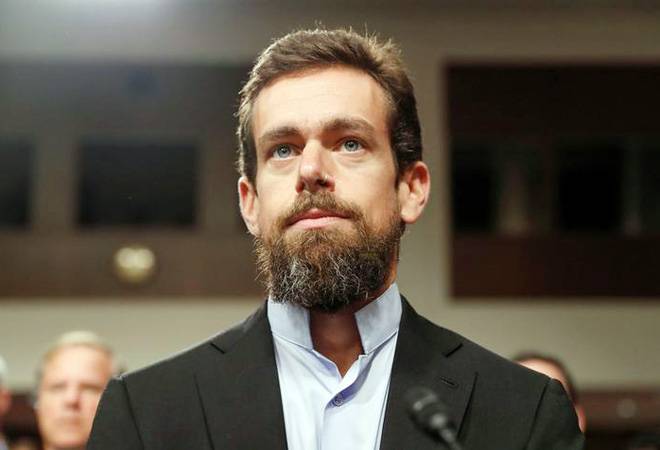 Twitter CEO Jack Dorsey's India visit has embroiled in a controversy after he posed with a placard bashing the Brahman community. The Twitter Co-founder and CEO, who came to India on November 10, visited several places from IIT-Delhi to actor Shah Rukh Khan's house in Mumbai. He also met Prime Minister Narendra Modi and Tibetan spiritual leader Dalai Lama. Nothing created as much news as his Monday event in which he held a poster, which, many dubbed, had a communal touch.

The picture was shared by a journalist and it took Twitter by storm, accusing him of inciting hate among people in India. The row erupted after a roundtable in which some women journalists, including Twitter's Legal Head Vijaya Gadde, participated. Dorsey also took part in the event, following which he along with the other six women participants posed for a picture. While taking the picture, the Twitter CEO can be seen holding a placard carrying an illustration of a woman that read "Smash Brahminical patriarchy".

During Twitter CEO @jack's visit here, he & Twitter's Legal head @vijaya took part in a round table with some of us women journalists, activists, writers & @TwitterIndia's @amritat to discuss the Twitter experience in India. A very insightful, no-words-minced conversation 😊 pic.twitter.com/LqtJQEABgV

Some Twitter users didn't take the Twitter CEO's endorsement of the remarks against Brahmins in a good way.

"Do you realise that this picture has the potential of causing communal riots at a time when several States are going to Assembly Elections in India," tweeted Sandeep Mittal, who is an IPS officer. He added that the Twitter CEO has not even offered an apology after trying to defame a particular caste. "...Actually, it is (sic) a fit case for registration of a criminal case for attempt to destabilise (sic) the nation," he added.

Several Twitter users asked why the Twitter CEO chose to target one particular community. "Tomorrow if @jack is given a poster with anti Semitic messages in a meeting, will his team allow him to hold it up?" TV Mohandas Pai, former finance chief of software exporter Infosys, tweeted, adding that inciting hate against any community is wrong.

Twitter India was quick to respond later during the day. "Recently we hosted a closed-door discussion with a group of women journalists and change makers from India to better understand their experience using Twitter. One of the participants, a Dalit activist, shared her personal experiences and gifted a poster to Jack," it tweeted.

The company clarified it is not a statement from the Twitter CEO but a tangible reflection of the company's "efforts to see, hear and understand all sides of important public conversations that happen on our service around the world".

Some of the voices on Twitter supported the campaign and said some people were trying to shut down the free speech. "An IPS officer demonstrating, real-time, how the Indian police misinterpret the law to justify repression and shutting down free speech," said Columnist Mihir Sharma.

The legal head of Twitter Vijaya Gadde apologised and said it was not reflective of Twitter's views. Jack Dorsey, who's rather active on his own social platform, chose not to comment on the issue.

Twitter has over 326 million users all over the world, a big chunk of which is from India. Prime Minister Narendra Modi, who is one of the biggest supporters of the platform, has over 44.4 million followers on Twitter.