Udyog Aadhar is a one-page self-declaration form that will allow an enterprise to register itself with the government authorities and 'self-certify' its existence. 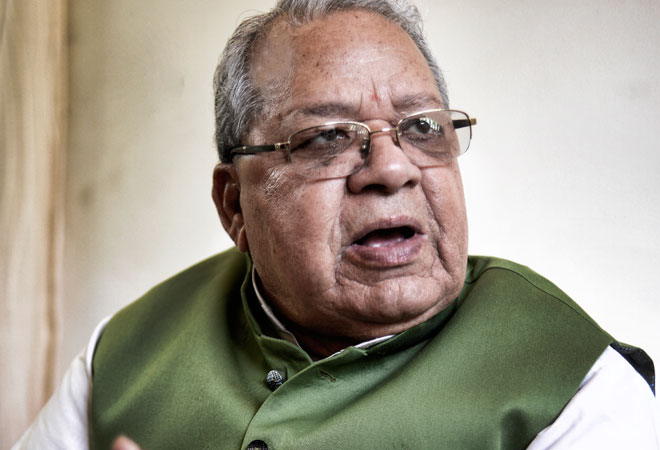 The central government will soon come out with Udyog Aadhar Cards, a unique identifier or number issued to micro, small and medium enterprises (MSMEs), the minister of MSMEs Kalraj Mishra said on Wednesday.

The minister was addressing a gathering of entrepreneurs at the Best SME Award function organised by Business Today. Mishra said that the details of the card would be announced later by the government. He said that issuance of Udyog Aadhar Cards is part of an overall process of cutting down the procedural delays for registering MSMEs. "The whole process of registration can be done online," said the minister.

Udyog Aadhar is a one-page self-declaration form that will allow an enterprise to register itself with the government authorities and 'self-certify' its existence. By filling the Udyog Aadhar form, an enterprise can give all information such as bank account details, promoter's/owner's Aadhar number, type of the organisation (proprietary, partnership, co-operative, etc) and other minor details. On submission of the form to district industrial centres, the MSME can be issued Udyog Aadhar number, Permanent Account Number (PAN), Tax Assessment Number (TAN) and Employee Provident Fund Organisation (EPFO) registration. According to the minister, the whole process should be done online in a time-bound manner.

Mishra said that the government has been taking many initiatives to ensure that the MSME sector remain vibrant and keep growing at a healthy pace. He said that MSME sector is key to the success of 'Make in India' campaign.

"After his call for Make in India, Prime Minister Narendra Modi has now given the call for start-up in India. This shows how entrepreneurs are an important cog in the wheel of India's manufacturing sector," said Mishra.

Mishra pointed out that the government is aware of the problem of closure of MSMEs due to their inability to pay back loans. "We have asked banks not to categorise the loans due to these units as NPAs (non-performing assets) immediately. The government has decided to take guarantee of 75 per cent of the loans given to MSMEs," he said.

How Volkswagen poses a threat to German economy