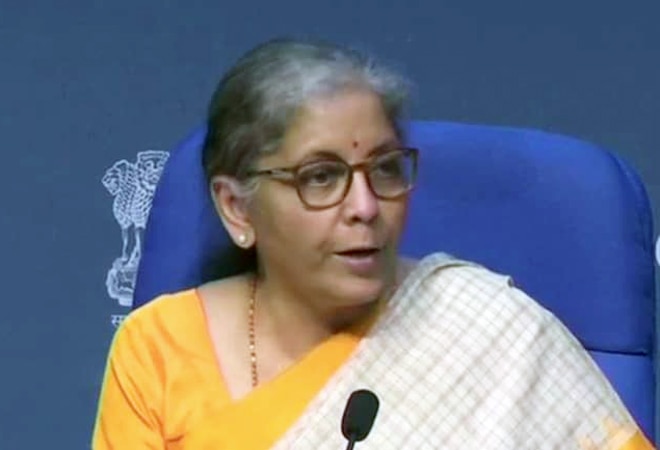 The states made the proposals, amongst several other such suggestions, during customary pre-budget discussions with Finance Minister Nirmala Sitharaman on January 18

The states have suggested the Centre to consider using the escape clause in the amended Fiscal Responsibility and Budget Management (FRBM) Act to monetise its fiscal deficit to cushion the coronavirus-hit economy.

They also pitched for an extension of the GST compensation cess mechanism for five years beyond 2022, which should be validated in the Union Budget 2021.

The states made these proposals, amongst several other such suggestions, during customary pre-budget discussions with Finance Minister Nirmala Sitharaman on January 18.

"The possibility of using all support measures, including the escape clause, should be placed on the table for consideration," a state finance minister told The Economic Times.

Some states favoured the Centre invoking the escape clause in the FRBM Act that permits the RBI to subscribe to central government loans.

This, the minister stated, will instill confidence that the government will take necessary steps to sustain growth and thus build a virtuous cycle.

The Indian economy is likely to contract 7.7% in the current financial year, as per the official estimates. This, the experts have suggested, could be stemmed if the Centre focuses on deficit monetisation to spur spending and stimulate growth.

Another suggestion put forth was that the borrowing of up to 5% of the GDP should be allowed in 2021-22, and states should be enabled to sustain their expenditure on capital works as well as on coronavirus prevention measures.

The states, according to the report, also urged the government to merge surcharges and cesses into the basic rate of tax so that they also get their due share from the additional revenue.

Meanwhile, all states asked for the Centre's interposition in clearing outstanding dues arising out of lower devolution of the states and GST in FY 2020-21.