The CM had criticised the practice of presenting foreign dignitaries with replicas of the Taj Mahal and said that it did not reflect Indian culture. 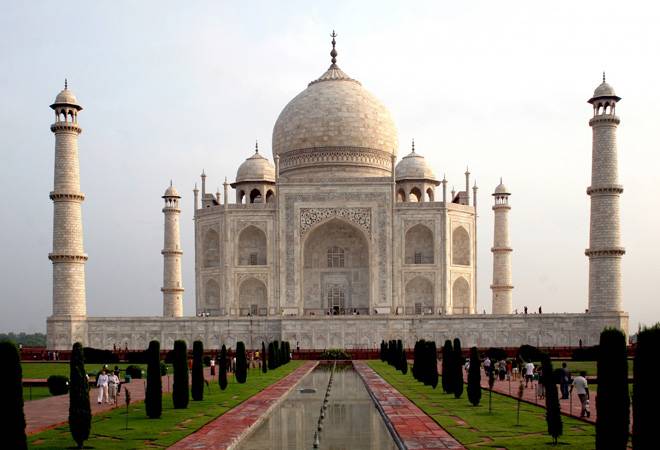 Is the iconic Taj Mahal, one of the Seven Wonders of the World, perhaps the most popular monument of the country, not good enough to feature in UP state's tourism booklet? If the booklet is anything to go by, that might just be the case.

The UP government released the tourism booklet, 'Uttar Pradesh Paryatan - Apaar Sambhavnayen', on World Tourism Day and did not feature Taj Mahal in it. The booklet, however, features the importance of the Ganga Aarti, pictures of CM Yogi Adityanath and tourism minister Rita Bahuguna, and two pages on the Gorakhdham temple. The cover of the booklet also features the Ganga Aarti and pictures of Yogi Adityanath and Rita Bahuguna on the first pages.

After receiving flak from people all over the country, the Yogi government said that the monument was left out of the booklet deliberately. According to a report in India Today , the UP government mentioned that the booklet only highlights the projects that have been undertaken by the government to spruce up India's tourist attractions.

Director General of UP tourism, Avneesh Awasthi, told TOI that there was no question of not including the monument as it is one of India's biggest attractions. Awasthi also mentioned that the booklet was not a collection of UP's tourist attractions but current and upcoming projects that the government is undertaking.

Most of the criticism faced by the Yogi government regarding this booklet is due to a statement the CM had made three months ago. During a rally in Darbhanga, he had criticised the practice of presenting foreign dignitaries with replicas of the Taj Mahal and said that it did not reflect Indian culture. The CM's first state budget - for 2017-2018 - also made no mention of the monument in its special section 'Hamari Sanskritik Virasat'or Our Cultural Heritage.