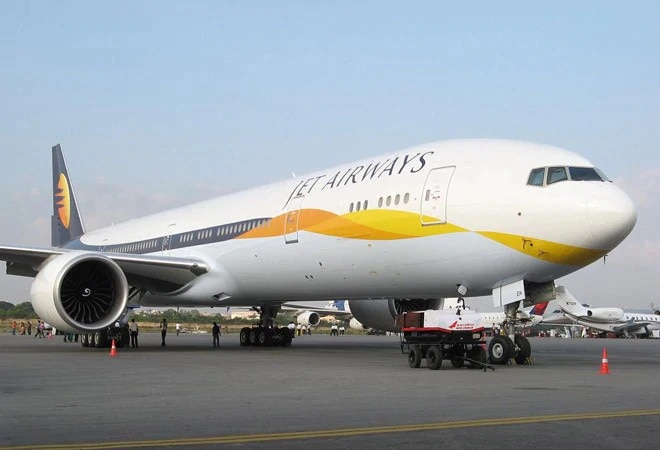 Jet Airways, which suspended services more than a year ago due to cash crunch, has offered two of its Boeing planes for operations under the Vande Bharat Mission to evacuate Indians stranded in foreign countries, according to a communication. The once-storied full service carrier is undergoing insolvency process and its affairs are being managed by insolvency resolution professional Ashish Chhawchharia. The Insolvency and Bankruptcy Code (IBC) is being implemented by the corporate affairs ministry.

Besides offering two aircraft, Chhawchharia has mentioned about the need for funds commencement of proposed repatriation flights. In a letter written to Corporate Affairs Secretary Injeti Srinivas on May 20, Chhawchharia said two Boeing 777-300 ERs can be used for Vande Bharat Mission.

Also read: Vande Bharat Mission: Over 160 Indian evacuees from US arrive in Hyderabad

"As desired by you, I have now evaluated if Jet Airways, with its fleet of wide bodied long haul aircraft (Boeing 777-300ERs) can assist the Government of India (under its Vande Bharat Mission) to evacuate Indians stranded in different countries (due to the COVID-19 pandemic). "Based on the preliminary assessment, I am reasonably confident that Jet Airways should be able to offer two Boeing 777-300ER aircraft to start with, going up to four aircraft, within a reasonable period of time, to participate in the Vande Bharat Mission...," the letter said.

A copy of the letter has also been marked to Civil Aviation Secretary Pradeep Singh Kharola, aviation regulator DGCA's chief Arun Kumar and State Bank of India Chairman Rajnish Kumar. The current status of the proposal could not be immediately ascertained. Srinivas and Chhawchharia were not available for comments.

The deadline for completion of Jet Airways's insolvency resolution process has been extended till August 21 due to the lockdown. Earlier this month, fresh Expressions of Interest (EoIs) for the airline were invited and the deadline for submission is May 28.

Coronavirus lockdown: UP govt to set up commission for employment of labourers