Mayank Bidawatka, co-founder of Koo said, "There are millions of users, how many politicians you think there are? There are less than 0.1% of politicians on the platform. Somehow, what the media really loves to look at is you have so many politicians and they are from BJP" 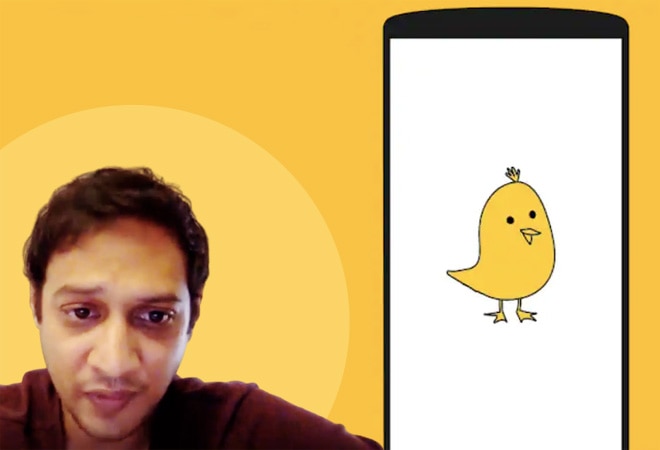 Mayank Bidawatka, co-founder of Koo, a social media platform tipped to be the Indian alternative to Twitter, has said that curbs on Chinese investments do affect the Indian startup ecosystem, but there are alternate sources of funds available.

In an exclusive interview with BusinessToday.In, Bidawatka explained the reason why Chinese funds flow into Indian startups.

"Most startups have some Chinese money in them. I think it's a factor of them (Chinese investors) having seen some progress on the internet way before India did. They want to get that experience they've had in China and back Indian entrepreneurs to create products similar to what they've seen and understood in China. So that's the reason why they want to participate," Bidawatka said.

"You know whatever has happened has happened with the government banning some Chinese apps and putting a cap on the funding amount. That does have an effect on the ecosystem but it's not like you don't have alternate sources of funds available," he added.

Paytm, Ola, Zomato, BigBasket and Dream11 are some of Indian unicorns that have Chinese investment. Tencent, Ant Financial Alibaba, Hillhouse, Steadview, Fosun are some of the major Chinese companies that have invested in Indian startups. While the exact amount of investments are not known, Chinese investments are believed to have touched $4 billion in 2019. But, recent border tensions between the countries have dampened the mood with India imposing investment curbs targetting China.

Koo's parent company - Bombinate Technologies Pvt Ltd. - too had China-based Shunwei Capital as an investor for another project titled Vokal.  However, Shunwei, which was a single-digit shareholder, exited the company on Wednesday, selling its stake to existing investors. Meanwhile, Koo's parent company recently received an investment of $4.1 million led by 3one4 Capital, which is an Indian investor.

Koo had observed a massive surge in downloads in the first two weeks of February when the Indian government officials urged people to join the desi app amid a spat with Twitter. Bidawatka said a month since, growth has slowed down but it's still good.

Bidawatka revealed that the $4.1 million Koo had recently raised in Series A funding would be used in building assets and expanding operations. "Most of the funds will go to product development and we're, at the core, a technology and product company. We will build our assets in that area. Yes there are costs on the server side but it is about us building a better product, you have to invest in technology, and you know hiring more engineers, better features."

"We are a language app so a lot of machine learning happens in Indian languages. That's what I mean by assets. There's a lot of under-the-hood technology that goes into recommendations. Those are some examples," he explained.

On allegations of privacy concerns and data leak, Bidawatka dismissed the claims.

He said: "These are actually not concerns. This is just naivety of people who don't understand what they are saying so I'm happy to explain it. There are private platforms (Facebook, WhatsApp) and then there are public platforms (Twitter, Koo). When you're using a public social platform, you don't have to worry about what information the user is disclosing because it's optional if they want, they will share that information and if they don't want to share it, they don't need to. Only information the user gives us that he does not want us to share is his personal mobile number, which they use when they sign up on our platform.

Also read: Koo app: Why it's trending, who's behind it -- all you need to know

Now, have mobile numbers of users been leaked? No, it has not. The information that anyone talks about saying there is a leak, is the information the user has put out so that people can connect with them better. It's not called an information or a data privacy issue."

On the issue of most people subscribing to a particular ideology using the app, Bidawatka said it was not a matter of concern.

"It's not a concern because every product has early adopters. This is something that the government has recognised when they selected us in the Atmanirbhar challenge; they understand the importance of this so they've been the first and early adopters. We have people talking about poetry, so it's not all about politics and people discussing all kinds of daily things.

There are millions of users, how many politicians you think there are? There are less than 0.1% of politicians on the platform. Somehow, what the media really loves to look at is you have so many politicians and they are from BJP. Well, the fact is you have Kamal Nath who's joined and he is from Congress, you have HD Deve Gowda, he's an ex-Prime Minister and he's on the platform. These are convenient views that some people share. We let our success speak for itself. You have people from all parties joining because this is an open platform and it is meant for the entire country to express their opinion and does not belong to one party."

Centre asks states to monitor adverse events of Covaxin, Covishield after reports of AstraZeneca side effects