Of the 38 attempts of 'soft landing' on the lunar surface so far, only 20 have been successful. If things go to plan on Saturday morning, India will become the fourth country after Russia, the US and China to manage this feat. 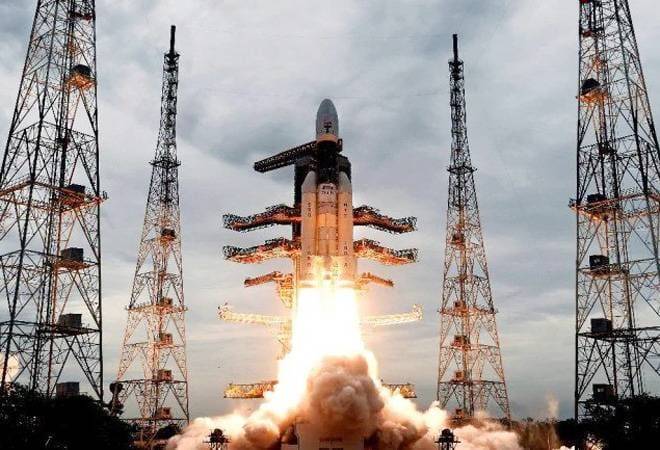 In less than 13 hours, the Chandrayaan-2 mission's lander Vikram is going to enter the most challenging phase of its journey as it attempts to soft land near the Moon's hitherto unexplored south pole. In fact, the Indian Space Research Organisation (ISRO) has described it as "15 minutes of terror". According to the space agency, the lander hopes to touch down in a high plain between two craters, Manzinus C and Simpelius N.

The 1,471 kg lander successfully separated from the orbiter on Monday and began revolving around the Moon, lowering its orbit over two manoeuvres and performing several pre-landing tests.

According to ISRO Chairman K. Sivan, the final descent is going to be terrifying as the agency has not done it before. "It is for the first time we are going to another body where there is no atmosphere and using the propulsion system we will have to break the velocity and bring the vehicle safely to soft land. To achieve this we will have to balance between the gravity and thrust. So we have to modulate the thrust of the engine," he said.

Moreover, of the 38 attempts of 'soft landing' on the lunar surface so far, only 20 have been successful. Just five months back, Israel's attempt crash-landed on the moon. If things go to plan on Saturday morning, India will become the fourth country after Russia, the US and China to achieve success.

So what will happen in the last 15 minutes before touchdown?

At 1:40 am on September 7, Vikram will begin its descent from a height of 35 km above the lunar surface and a velocity of around 6,000 kmph. In just over 10 minutes, the lander will drop to a height of 7.4 km above the Moon altitude and lower its speed to around 526 kmph.

Touchdown is less than three minutes away at this point. When Vikram resumes its descent, it will drop 300 mts in the span of 66 seconds and once again hover at the height of 100 mts above the lunar surface. This pause of about 25 seconds is to give the lander a chance to make a final choice between two pre-determined landing sites. The onboard instruments will give it the necessary data to make this decision - the lander carries three scientific payloads to conduct surface and subsurface science experiments.

If Vikram chooses the first site, the lander will make a vertical descent to a height of 10 mts above the lunar surface over 65 seconds while significantly reducing its velocity. On the other hand, if it opts for the second site, it will first descend to a height of 60 mts over 40 seconds, and then drop down to 10 metres in the next 25 seconds. Either way, from the height of 10 mts, Vikram will take just 13 seconds to hopefully make history and soft land on the moon. Fifteen minutes after the touchdown, Vikram will send in the first pictures. Keep in mind, that the data mentioned above are approximations and reality may not match the plan on paper.

The primary objective of the fully indigenous Chandrayaan-2 mission is to demonstrate the ability to operate a robotic rover on the lunar surface. So four hours after landing, between 5.30 am and 6.30 am, the Pragyaan rover will be unloaded from the Vikram lander. The six-wheeled robotic vehicle with a mass of 27 kg will then carry out surface and sub-surface experiments for one lunar day, which is equal to around 14 Earth days. It can travel at a speed of 1 cm per second and leverages solar energy for its functioning. It will cover 500 metres in its lifetime.

Apart from studying the presence of water on the Moon, Chandrayaan-2 will also perform experiments that will hopefully shed light on the origins of the Solar System and, by extension, life.

Also read: Chandrayaan-2 to land on Moon on September 7; here's how you watch it live with PM Modi